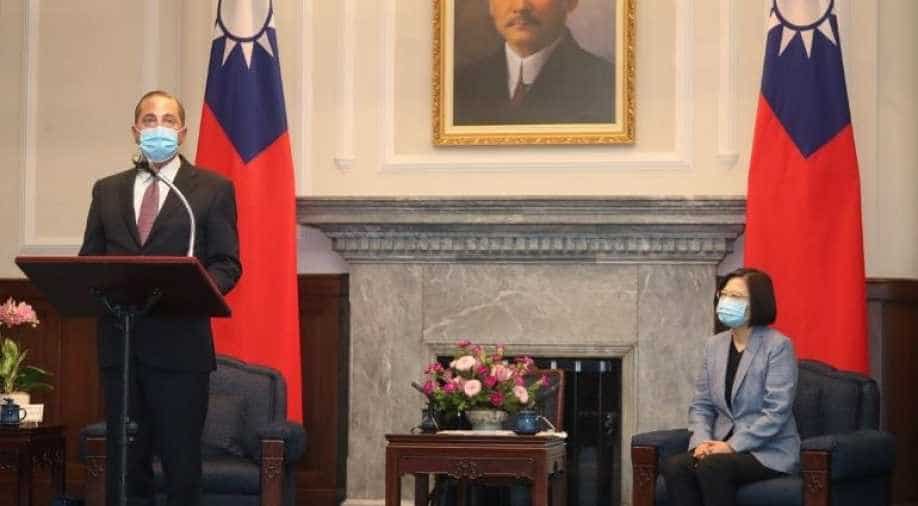 Azar arrived in Taiwan on Sunday, the highest-level US official to visit in four decades.

The aircraft were tracked by land-based Taiwanese anti-aircraft missiles and were "driven out" by patrolling Taiwanese aircraft, the air force said in a statement released by the defence ministry.

Azar is visiting to strengthen economic and public-health cooperation with Taiwan and support its international role in fighting the novel coronavirus.

"Taiwan's response to COVID-19 has been among the most successful in the world, and that is a tribute to the open, transparent, democratic nature of Taiwan's society and culture," he told Tsai.

Taking Beijing's one-China policy head on, Azar said, "This visit represents an acknowledgement of the US and Taiwan's deep friendship and partnership across security, economics, health care, and democratic, open, transparent values".

Taiwan has been successful in containing the wuhan virus pandemic.

Azar's visit comes at a time when US-China relation have hit a rock bottom. Both countries are slapping each other with sanctions. There is an ongoing trade war and a blamegame over the Wuhan virus pandemic.