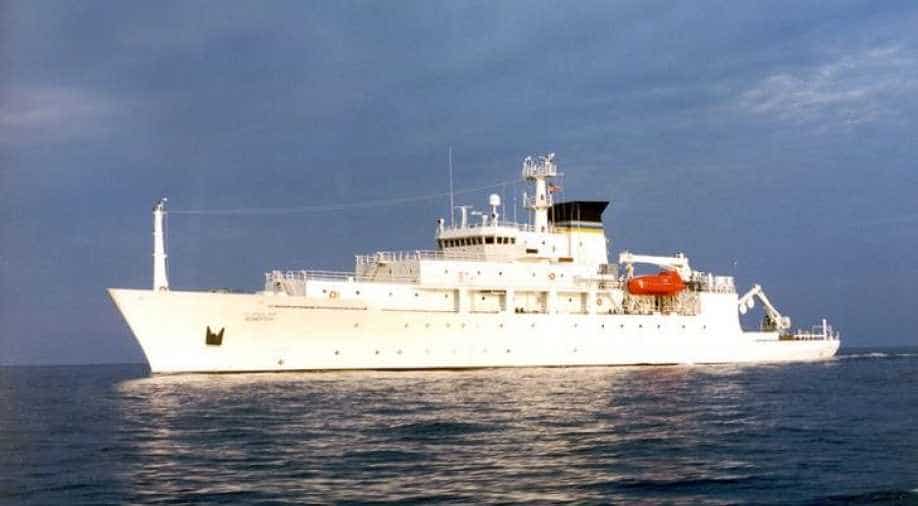 China seized an underwater drone deployed by USNS Bowditch, an oceanographic survey ship in the South China Sea, US officials on Friday said.

The drone was captured on December 15 before USNS Bowditch could retrive the unmanned vessel about 50 nautical miles northwest of Subic Bay off the Philippines.

"The UUV was lawfully conducting a military survey in the waters of the South China Sea," an official told Reuters on condition of anonymity.

"It's a sovereign immune vessel, clearly marked in English not to be removed from the water - that it was US property," the official said.

The Pentagon confirmed that the drone had been taken.

The drone was part of an unclassified programme to collect oceanographic data including salinity, temperature and clarity of the water, the US official added.

The drone uses commercially available technology and costs around $150,000.

Mira Rapp-Hooper, a senior fellow in the Asia-Pacific Security Program at the Center for a New American Security, said
"This move, if accurately reported, is highly escalatory, and it is hard to see how Beijing will justify it legally."

This move could increase tensions between the two countries, amid China's growing aggression and presence in the South China Sea.