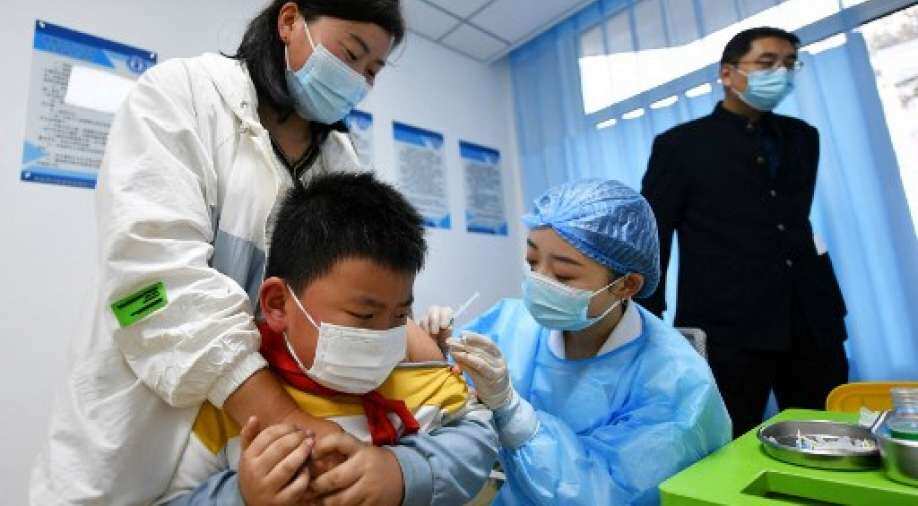 According to data quoted by China's state-run Global Times over 3.53 million doses have been administered to children aged 3-11 in the country.

As China's new coronavirus cases continue to mount, state-run Global Times newspaper said there was "urgency" to roll out vaccination for kids aged between 3-11.

China's newspaper said "child immunity" was part of government strategy while pointing out that the virus has spread in schools and has "affected kindergarten children in at least four places" including in capital Beijing.

The report said nineteen children were detected with the virus in Henan's Zhenzhou city recently. The newspaper added that booster shots have also been administered in cities targeting healthcare workers and those involved in education.

According to data revealed by the newspaper over 3.53 million doses have been administered to children aged 3-11 in China.

The report quoted an immunologist who said that hospitalisation among children had increased ten folds as compared to earlier this year.

Also Read: Zhang Zhan, who exposed China's mishandling of Covid, is close to death in jail

Global Times reported that the country has witnessed over 30 local outbreaks linked to "imported cases" since last year. The current virus outbreak has spread to 44 cities in 20 provinces with 50 local cases reported on Saturday, the report said.

Chinese authorities had recently asked citizens to "store a certain amount of daily necessities as needed to meet daily life and emergencies" amid a surge in virus cases and reported food shortages in the country.

The country has been witnessing a surge in virus cases since August due to the Delta variant. In August, the country reported 143 new cases as infections continued to rise in September as authorities ramped up testing.

Authorities had earlier closed Shanghai's Disneyland as new COVID-19 cases were reported and locked up all those inside including visitors as mass testing was conducted.