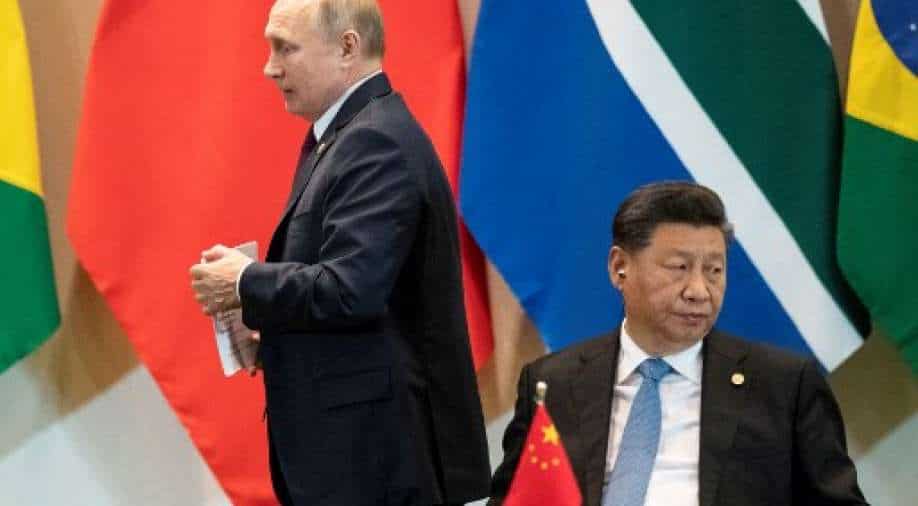 Russia and China agreed to step up their efforts to counter “threats” emanating from Afghanistan after the Taliban’s takeover of the country, the Kremlin said on Wednesday.

In a phone call, Russian President Vladamir Putin and his Chinese counterpart Xi Jinping expressed “their readiness to step up efforts to combat threats of terrorism and drug trafficking coming from the territory of Afghanistan”, the Kremlin said in a statement.

The leaders also highlighted the “importance of establishing peace” in Afghanistan and “preventing the spread of instability to adjacent regions”.

Putin has been quite cautious of the ongoing crisis in Afghanistan as several of the former soviet countries share a border with Kabul.

The president has also been critical of the western nations for “unnecessary interference” in the restive region, saying “ they must stop the irresponsible policy of imposing foreign values from abroad”.

Putin and Xi “agreed to intensify bilateral contacts” and “make the most of the potential” of the Shanghai Cooperation Organisation (SCO) that is due to convene in Tajikistan next month.

After the Taliban came to power on August 15, China said it was ready to deepen “friendly and cooperative ties” with Afghanistan.