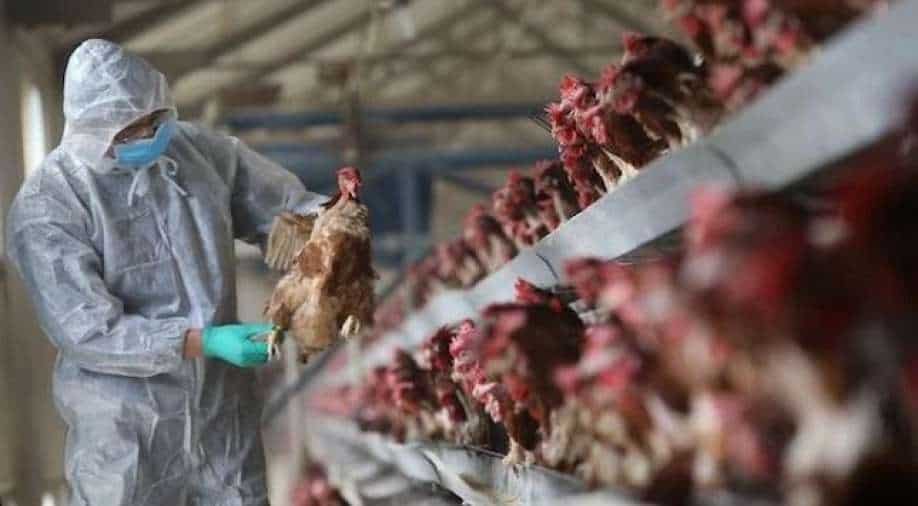 File photo: A researcher checks on a chicken at a poultry farm in Xiangyang, Hubei province, China. Photograph:( Reuters )

China has confirmed the world's first human case of a new strain of bird flu after a 41-year-old man was hospitalised with fever.

The National Health Commission of China said on Tuesday that they have found one case of human infection with the H10N3 strain of bird flu in Jiangsu province.

The resident of Zhenjiang city was hospitalised on April 28 after developing several symptoms and was diagnosed as having the H10N3 avian influenza virus on May 28, the NHC said in a statement.

The man is stable and ready to be discharged from the hospital.

There has not been any case of human infection of H10N3 reported in the world before, NHC said.

To date, there is no evidence of sustained human-to-human transmission of the avian influenza virus.

The world's first human cases of bird flu were reported in Hong Kong in 1997 when six people were killed by the H5N1 strain of the virus. Hundreds more have died worldwide in subsequent outbreaks, especially of highly virulent strains like H7N9.

Earlier in February this year, Russia had found the world’s first cases of H5N8 avian influenza in humans. The virus, however, isn’t yet spreading among people.

The cases were detected in workers at a poultry farm in southern Russia and were immediately reported to the World Health Organization.