China reports first COVID-19 deaths in more than a year 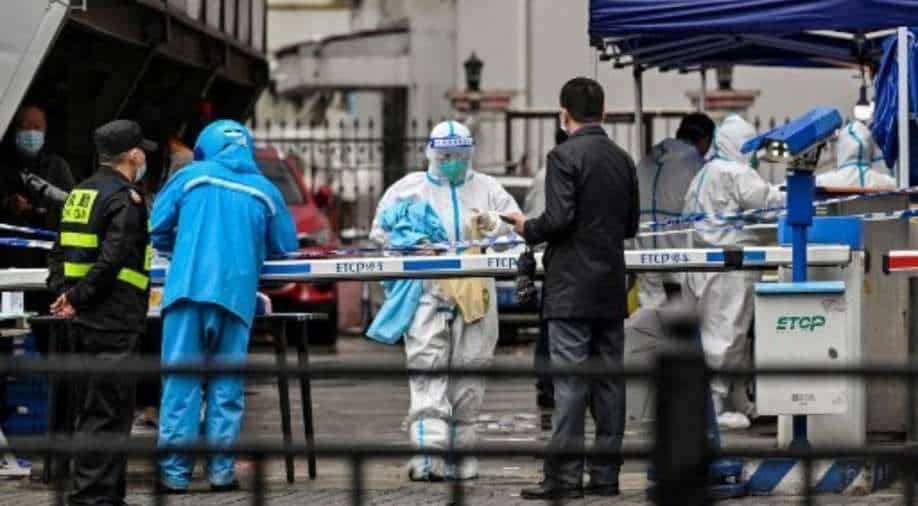 A delivery man (L in blue) is seen arriving to deliver an order outside of a locked down neighbourhood after the detection of new cases of COVID-19 in Huangpu district, in Shanghai on March 17, 2022. Photograph:( AFP )

The country's President Xi Jinping said on Thursday that China would stick with its zero-Covid strategy, while also allowing for a more "targeted" approach

China, a country where the coronavirus (COVID-19) outbreak was first reported in 2019, is facing a surge in cases again as now the nation has reported two deaths on Saturday (March 19), its first in more than a year. The deaths have been reported in mainland China since January 2021.

After its outbreak, the deadly virus spread worldwide, killing millions of people. The recent trend underlines a similar threat posed by an Omicron outbreak that has triggered the country's highest case counts since the first Covid case was reported.

China's National Health Commission said both deaths occurred in Jilin, the northeastern province which has been hardest-hit by a nationwide rise in cases. The surge in Covid cases has led to strict measures, mass testing, lockdowns in several cities.

After the two deaths, the country's total death toll in the pandemic is 4,638. The health commission said that the country reported 4,051 new cases on Saturday, down from 4,365 the day before.

The two new deaths were buried in the health commission's daily report, and state-controlled media outlets made little mention of them.

In his address, the country's President Xi Jinping said on Thursday that China would stick with its zero-Covid strategy, while also allowing for a more "targeted" approach.