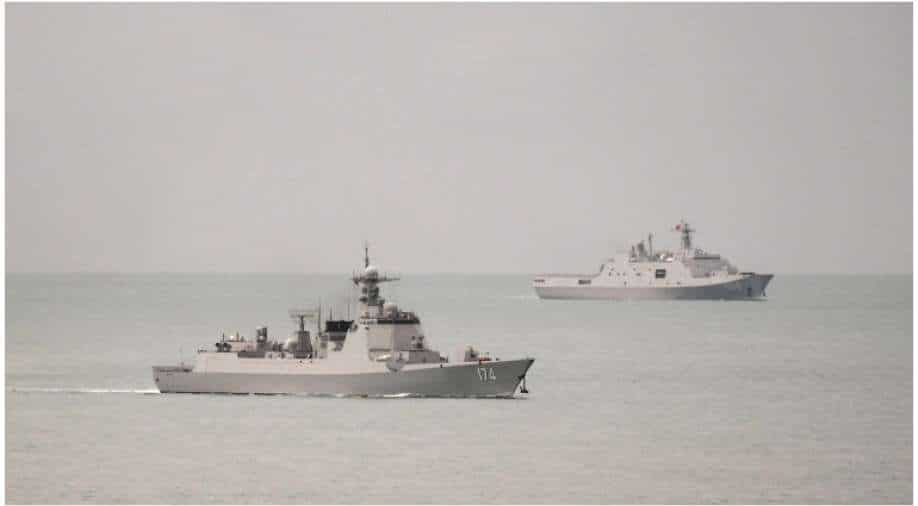 A Chinese ship sailing off Australia's northern coast last week illuminated the plane, Canberra's defence department said Sunday, adding that the act had "the potential to endanger lives.". China defended its military vessels' moverment as one being in accordance with the international law

China on Monday denied that one of its naval vessels shone a laser at Australian military aircraft. The incident was termed an 'act of intimidation' by Australian Prime Minister Scott Morrison.

Beijing said that the laser accusation was "not true". It defended movement of the Chinese ship as "normal navigation ... in line with relevant international law."

Relations between China and Australia have nosedived in recent years after Morrison called for an independent investigation into the origins of the coronavirus pandemic, which first emerged globally in the Chinese city of Wuhan.

China responded by placing tariffs on Australian goods worth billions of dollars, dragging both countries into a protracted trade standoff.

Beijing also reacted with fury last year when Canberra joined a trilateral defence pact with the United States and Britain that would allow it to acquire nuclear-powered submarines, to counter China's growing military might in the Asia-Pacific region.