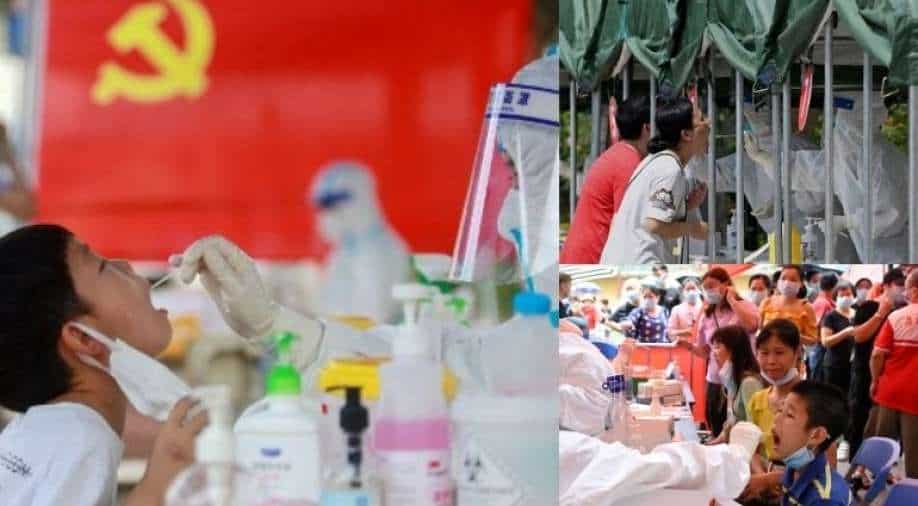 Amid surge in coronavirus cases, reports say Chinese authorities have told workers to not travel home for Lunar New Year.

The authorities had issued a similar order last year as China was hit with COVID-19 cases.

Reports claim China's Zhejiang province has witnessed a surge in coronavirus cases including locally transmitted cases. Coronavirus cases have also been detected in Inner Mongolia as the country continues to battle the virus.

Reports claim Chinese companies have suspended production in Zhejiang province after the government imposed curbs. The province had detected just one COVID-19 case last month however in the past month with several news cases reported this month.

Amid the coronavirus cases, reports claimed China reported the first Omicron case in the country. The case was reportedly detected in China's northern port city of Tianjin. The person had reportedly travelled overseas.

The country has witnessed a surge in cases for the past three months even as it prepares to host the Winter Olympics in February next year. China's foreign ministry had declared earlier that the Omicron variant may "lead to challenges linked to prevention and control" with the impending Winter Games set to take place.

Chinese media reports said authorities may allow only fully vaccinated spectators to enter the stadium, however, they may not be allowed altogether if the virus situation gets worse.

On Sunday, the country reported 80 new locally transmitted cases. China had earlier locked down cities bordering Russia amid rise in cases. The country's capital Beijing was also put under restriction as new COVID-19 were detected.

According to Chinese health officials over 1 billion people have been vaccinated so far.