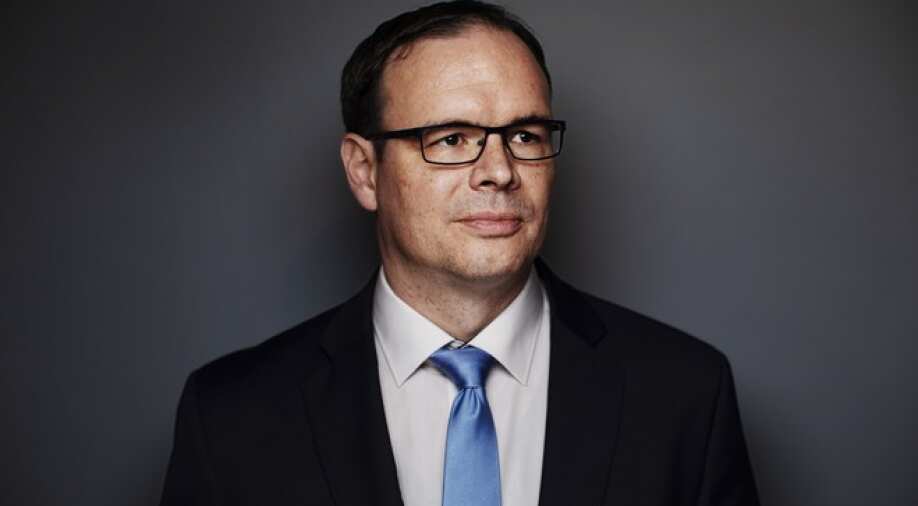 Zenz is one of the world’s leading scholars on the People’s Republic of China (PRC) government policies towards Tibet and Xinjiang. His research is based on government data, policy documents and interviews of ethnic women.

China needs to face reputational and economic losses for its "demographic genocide" on Uighur Muslims, says Adrian Zenz, senior fellow in China Studies at the Victims of Communism Memorial Foundation.

Zenz, in an exclusive conversation with WION, said there was a need for the international community to speak up and stand up when countries like Pakistan have sided with China, and supported the policies against the Muslims in China, which is frankly selling out of basic human values.

Zenz is one of the world’s leading scholars on the People’s Republic of China (PRC) government policies towards Tibet and Xinjiang. His research is based on government data, policy documents and interviews of ethnic women.

He faced flak by the Chinese MOFA recently for his findings in his report published last month detailing a dramatic increase in recent years in the number of forced sterilisations and abortions targeting Uighurs in the region. According to him, what Beijing has done in Xinjiang so far qualifies for cultural genocide, according to the United Nations Convention on the Prevention and Punishment of the Crime of Genocide.

Here are a few excerpts from the interview --

WION: The concentration camps in Xinjiang and the draconian measures being taken upon them are increasing. What measures can be taken to reduce such atrocities, and how can this be probed?

Adrian Zenz: It's important that the international community speaks up firstly and clearly condemns what is going on.

Many Muslim countries have done the precise opposite, including Pakistan. They have actually sided with Beijing and supported the policies against the Muslims in China, which is really frankly selling out of basic human values.

It is important that the global human community stands up for humanity. For example, just this morning the United States Treasury announced global sanctions against Xinjiang party secretary and his right hand. These are very important steps. These were not outright to stop Beijing from continuing this atrocity. In fact, almost nothing will, but it's very important that Beijing encounters reputational and economic losses for its atrocity forced labour. It's important that companies and customers and consumers look at Chinese products and see could have been made with labour from Muslim minorities who are being coerced labour in industrial parks in the region and in other parts of China. Those are very important steps that anybody can take -- be it consumers, companies or politicians.

WION: What led you to the research and what are your key findings?

Zenz: Last year, I came across a fact -- that a lot of population growth figures in Xinjiang had declined dramatically. In 2017-18, the Uighurs used to have the highest population growth in Xinjiang. This changed dramatically,coinciding with the unprecedented campaign of putting the Uighurs into internment camps. I decided to pursue this further and initially, I thought that the declining population and birth growth rate were caused by the internment campaign.

However, I came across evidence of a systemic government campaign to prevent birth rate. This campaign relies on implanting intrauterine contraceptive devices in women in Xinjiang on a mass basis. The goal is for over 80 per cent of minority women to have IUD inserted or to be sterilised. The second aspect is a draconian punishment of illegal or extra births by placing violators into internment camps. The third strategy is to mass sterilisation of women.

I came across evidence. The documents planned for mass-sterilisation in 2019 in one Uighur county for 14 per cent of all women of free productive age. And at the same time, I have been able to get the evidence that up to 2 million Han Chinese settlers have been attracted to Xinjiang through promises of government job and free housing and free land. Overall, it is clear that Beijing pursuing a strategy of ethno racial supremacy in the region trying to dominate the Muslim minorities.

WION: Why do you think that the Chinese Communist party is forcibly putting Muslims women to forced sterilisation?

Zenz: The Uighurs have long been a very troublesome and problematic minority for Beijing culturally and spiritually they're much closer to the eastern border than to Beijing. In 1949, Mao Zedong invaded Xinjiang with the Chinese Army and ever since then, relations have been troubled and restive.

In 2009, the unrest boiled over with the uprising in the capital of Xinjiang which likely caused the deaths of thousands of Uighurs and also of a significant number of Han. In 2014, Uighur separatists carried out a range of attacks on places outside of Xijiang and since then-president Xi Jinping decided to crack down with no mercy in a very harsh and relentless manner.

In 2017, the Uighurs were placed into internment camps and 1 to 2 million adults -- mostly men -- were estimated to be put into extralegal camps. They have no legal recourse and there are reports of torture and mistreatment.

China is trying to control the Uighur population in every possible respect and this includes population growth.

The Chinese want to capture the young generation of Uighurs. They are placing them already in boarding schools that are full-time with high walls and barbed wire and cameras, where they are separated from parents, but they learned to sing songs of praise to Xi Jinping but they're not allowed to speak their own language and they cannot practice their religion.

WION: Why does what the Chinese government is doing in Xinjiang meet the criteria for Genocide as defined by the United Nations? Can you explain that more to us?

Zenz: What Beijing has done in Xinjiang so far has qualified as cultural genocide. This is not a legally defined term. But what scholars and anthropologists mean by this is when a government is targetting the culture of an ethnic group, the culture, the religion, the language that what makes a distinct. It's also referred to as ethnocide, cultural genocide, slow genocide -- different ways of calling the same thing.

Now, however for the first time with the systematic campaign to prevent births, and to sterilise Uighur women, we have evidence that Beijing's actions in Xinjiang meet one of the criteria of the United Nations Convention for the prevention and punishment of the crime of genocide, which is the prevention of births.