China marked Martyrs' Day today. But does it really care about fallen soldiers? 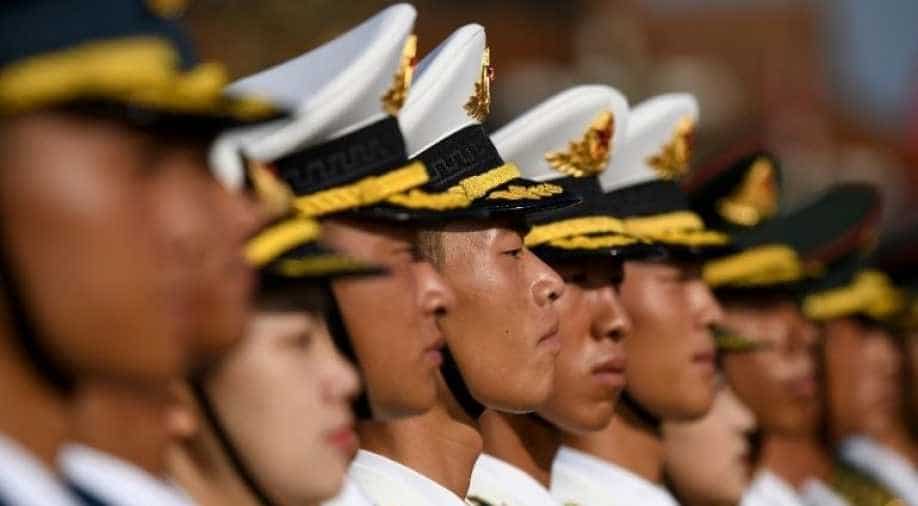 Chinese honour guards stand in formation at the Monument to the People’s Heroes before the wreath laying ceremony to honour deceased national heroes on Martyrs’ Day in Beijing’s Tiananmen Square on September 30, 2020. Photograph:( AFP )

Every year, China celebrates Martyrs’ Day on September 30, one day before the National Day of the People’s Republic of China.

Every year, China celebrates Martyrs’ Day on September 30, one day before the National Day of the People’s Republic of China.

Martyrs are those who have sacrificed their lives for the national cause, and how a country remembers its martyrs is a hallmark of its society and polity. Some countries observe national holidays, others have monuments dedicated to the martyrs.

Also read: BrahMos: Another deterrent against the ever-aggressive neighbour China

China’s Martyrs’ Day was first observed in 2014 to commemorate Chinese martyrs, mostly from the war against Japan. The idea is to place communist fighters at the centre of China’s battles against foreign powers. Naturally, martyrs who did not belong to the party were quickly forgotten.

President Xi Jinping led the tributes at Tiananmen Square, where senior communist leaders and members of the politburo were in attendance. Floral tributes for the fallen heroes could be seen, along with a military parade overseen by President Xi.

Can CPC pass the patriotism test?

For that, we don’t have to go back 80 years to the Sino-Japanese war.

In mid-June 2020, deadly clashes broke out in the Galwan Valley in Ladakh. The Indian army was quick to confirm casualties - as many as 20 soldiers were killed in action by Chinese troops. Their names will soon be inscribed at the National War Memorial in New Delhi. Prime Minister Modi paid floral tributes to them in Leh.

It’s been 77 days since the clashes at Galwan, with no word on Chinese casualties. The Indian Army and Chinese state media admitted that China lost soldiers in the clash, and American intel reports indicate the same -  as many as 35 Chinese soldiers were killed.

Revealing casualties doesn’t fit well with China’s global ambitions, and in its bid to project the PLA as an invincible fighting force.

By ignoring Chinese martyrs at Galwan and honouring those from almost a century back, China has made one thing clear: Martyrs' day is less about remembering fallen heroes, and more about shaping the legacy around the Communist Party of China.