China launches 'robotaxis' amid race against US tech dominance 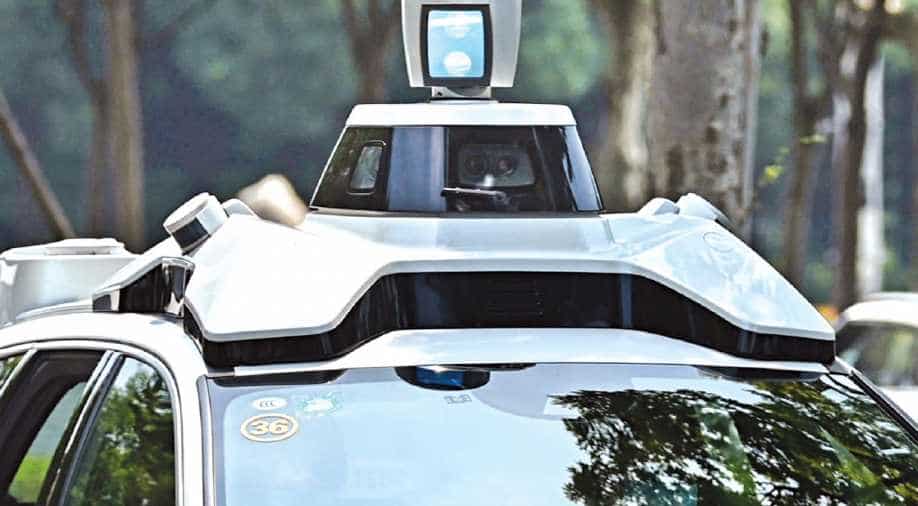 China has introduced “robotaxis” in the race to put autonomous vehicles on the road -- in hopes that a hired-car format can be the key to unlocking wide acceptance of the futuristic technology.

Robotaxis or delivery services are considered ideal for accumulating the driving time and huge data cache needed for cars to "learn" and become safe enough.

Chinese consumers are now lining up for a spin in DiDi Chuxing's self-developed autonomous taxis at a Shanghai pilot project launched in June.

Test subjects use DiDi's mobile app to plot a ride through suburban roads in a Volvo fitted with a crown of tech hardware topped by a spinning radar device.

The vehicle confidently sets out, accelerating, braking, signalling and turning on its own in real traffic as a female voice calmly narrates: "Yielding for crosswalk"; "Your car has been disinfected".

Like any student driver, however, it still needs practice, as any impromptu deviation from the plotted route requires human intervention.

But Meng Xing, chief operating officer of DiDi's autonomous driving company, told AFP its AI system "is already smart enough to handle most of the situations", and safety drivers almost never need to touch the steering wheel or brakes.

AutoX's chief executive Xiao Jianxiong expects a "sizeable" deployment of the vehicles - without safety drivers - could take place in two to three years, with regulations and technology being the main obstacles.

Tech giant Baidu has plans for autonomous car testing bases in more than 10 Chinese cities including Beijing, with a 45-strong robotaxi fleet already on trial in central China's Changsha city, plying an area of around 130 square kilometres.