China halts work on military base in UAE after US intervention: Report 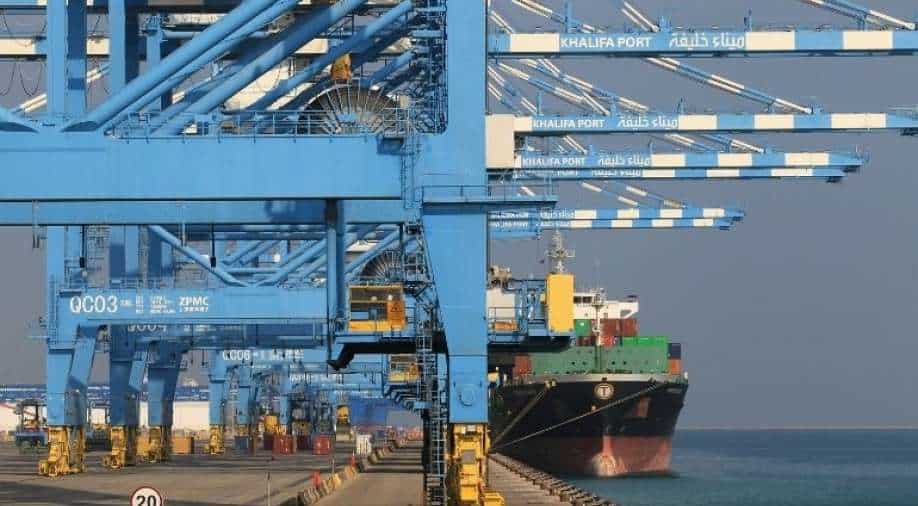 A container ship is moored at Abu Dhabi's Khalifa Port after it was expanded in Abu Dhabi, UAE, Photograph:( Reuters )

China has halted the work on a military base in the UAE after the intervention of the United States.

Earlier, the Wall Street Journal had reported that China was constructing a military facility on a secret port.

US President Joe Biden had issued a warning to China that it would adversely affect the relationship between the two countries.

It came after the country's intelligence services became aware of a military installation near Abu Dhabi as per classified images captured by their satellites.

''The UAE has never had an agreement, plan, talks or intention to host a Chinese military base or outpost of any kind,'' the Wall Street Journal quoted an Emirati embassy spokesman.

In response, a US official said ''I can tell you that we are committed to our enduring partnership between the United States and the UAE.''

Biden had a discussion about the issue with Abu Dhabi’s Crown Prince Mohammed bin Zayed al-Nahyan.

Biden and Chinese leader Xi Jinping had held a virtual meeting this week aimed at ensuring that increasingly intense and acrimonious competition between the superpowers does not veer into conflict.