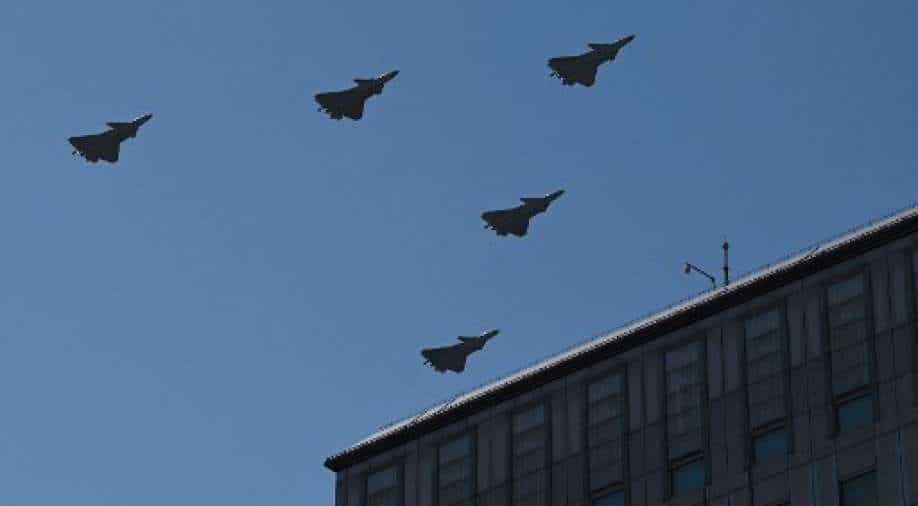 China has made great strides in improving its state-owned aerospace technology base, particularly in the military realm. It has made aircraft like J-10, J-10C, FC-31, etc. For decades, China's growth as a combat aircraft export power has seemed inevitable

As China's global stature has grown, many expected that its weapons exports would reflect its place on the world stage. Yet after decades of trying, that simply hasn't happened.

Last month's confrontation with the Philippines, where Chinese naval vessels entered Philippine waters without authorisation, may indicate the crux of the problem and this failure may well illustrate a key weakness for China. Essentially, few want to partner up with Beijing, reported Foreign Policy.

Richard Aboulafia, writing in Foreign Policy said that snazzy weapons mean a lot less if you don't have friends and this is why the world doesn't want Beijing's fighter jets.

China has made great strides in improving its state-owned aerospace technology base, particularly in the military realm. It has made aircraft like J-10, J-10C, FC-31, etc. For decades, China's growth as a combat aircraft export power has seemed inevitable.

In April 1997, Interavia, a once-influential trade journal, predicted, 'China Poised to Overtake Russia' and Beijing would 'well outstrip Russia in a decade or so as the combat aircraft provider to the developing world'. Nine years later, Aviation Week & Space Technology opined that 'China may emerge as the bargain-basement provider of combat aircraft packages for the export market,' reported Foreign Policy. The numbers clearly show that nothing of the sort happened, wrote Aboulafia.

Between 2000 and 2020, China exported just USD 7.2 billion worth of military aircraft, according to the Stockholm International Peace Research Institute arms transfers database.

Meanwhile, the United States stayed safely on top, exporting USD 99.6 billion, and Russia stayed in the second slot at USD 61.5 billion. Even France's aircraft exports doubled China's, at USD 14.7 billion. And there were few signs of upward momentum for China, reported Foreign Policy.

Chinese fighters also didn't break out of their relatively small core market. In the 1990s, their biggest customers were Pakistan, Bangladesh, Myanmar, North Korea, and a few African countries. That remains on the list today.

A Center for Strategic and International Studies report points out that, since 2010, 63.4 per cent of China's conventional weapons sales have gone to Pakistan, Bangladesh, and Myanmar, reported Foreign Policy.

The best explanation for this failure is China's foreign policy. The Philippines is a perfect illustration of why China's fighter export ambitions have stalled, says Aboulafia.

The Philippines is cash-strapped, non-aligned, and eager to assert a pro-China path: the perfect recipe for a Chinese combat aircraft export market breakthrough in a key regional nation explained Aboulafia. But, then also China couldn't sell any of its aircraft.

Last month, tensions between the two countries in the South China Sea heated up to a simmer, with Philippine Secretary of Foreign Affairs Teodoro Locsin Jr tweeting, "You're like an ugly oaf forcing your attentions on a handsome guy who wants to be a friend; not to father a Chinese province."

The Philippines has instead found another path for its combat aircraft needs. In 2015, it took its first Korea Aerospace Industries FA-50s. It isn't just the Philippines. China's other neighbours don't like China, with predictable ramifications for the fighter sales business.