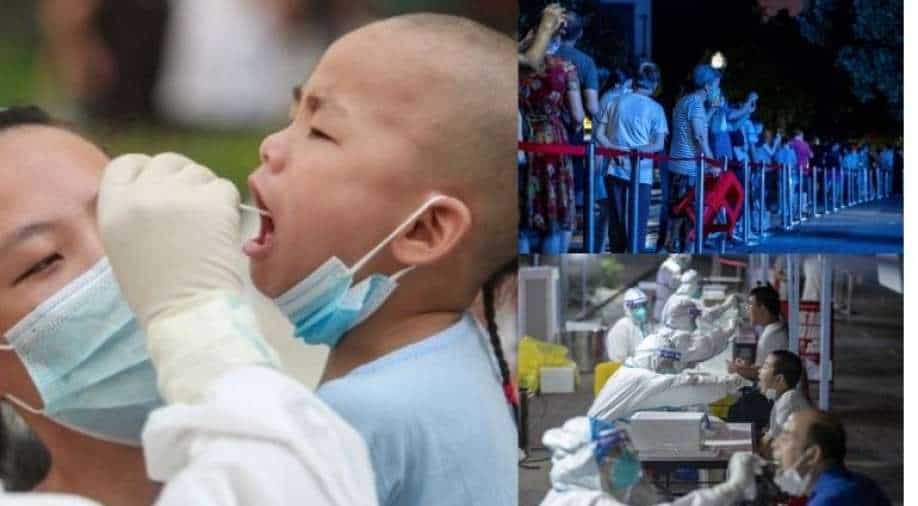 The highly transmissible Delta variant continues to spread in China as the country reported 96 new coronavirus cases on Wednesday registering an increase of six cases compared to Tuesday.

The health authorities said 71 new locally transmitted COVID-19 cases were detected in the country as officials battle with a surge in cases.

Reports say China has ramped up its vaccination drive in schools incoulating children aged 12 to 17 to contain the Delta varient.

Chinese authorities ramped up testing to a record high amid the rise in cases with contact tracing undertaken on a mass scale. The country has reported at least 500 domestic cases since mid-July worrying health officials.

Authorities in Wuhan launched a testing campaign on Tuesday covering the entire 11 million population. The city which was the epicentre of the virus last year recorded the first local infections in over a year this week as nucleic acid testing was launched for all residents.

The authorities in Wuhan had declared that virus cases was found among migrant workers in the city.

Officials in Nanjing which is believed to be the new hotspot has become the focal point for authorities with testing carried out among the entire population as authorities moved to quickly shut down gyms, cinemas and residential areas to combat the virus.

People in Nanjing were not allowed to leave the city after virus cases were detected during a theatre performance.

Millions of people in cities have been confined to their homes by officials as mass-testing program has been unleashed across the country.