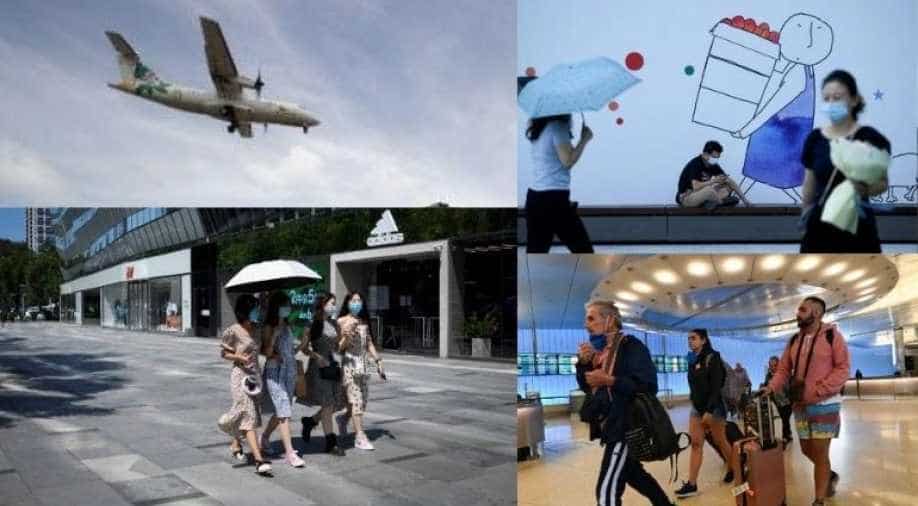 Those returning to China have to reapply for a visa since travel documents issued before the pandemic have been nullified.

China on Wednesday announced it was relaxing travel restrictions for citizens belonging to 36 European countries which was put in place in March as the coronavirus infections mounted in the country.

The countries include Germany, UK and France whose citizens can now apply for a Chinese visa without an invitation letter. However, those returning to China have to reapply for a visa since travel documents issued before the pandemic have been nullified.

Despite easing restrictions, the visitors will still be subject to coronavirus tests and a 14-day quarantine.

In Pics: China hails its virus triumphs, and glosses over its mistakes

Air France has been allowed to operate three weekly flights between China and France from the end of August. China has largely contained the virus after it first emerged in the Chinese city of Wuhan which was put under 76-day lockdown which was finally lifted in April.

However, the country has witnessed sporadic outbreak in some parts of the country including Beijing with authorities quick to clampdown on new cases.

The virus which has now spread throughout the world surpassed 20 million cases with the death toll expected to surpass 750,000 as the global health crisis that began in Wuhan continues.

China had reported its first case of COVID-19 to the World Health Organization(WHO) on December 31 last year. The United States has been worst-hit country due to the virus recording 163,370 deaths and 5,085,821 cases, according to the tracker at Johns Hopkins University.