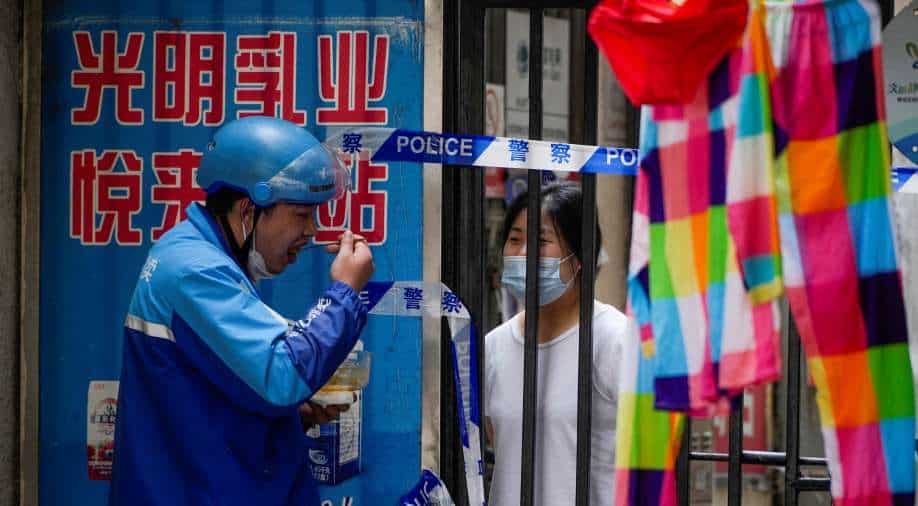 Residents at a closed residential area during lockdown in Shanghai Photograph:( Reuters )

China's state-run Global Times said Beijing is depending on nucleic acid tests to ensure the capital is not put under lockdown.

As China continues to grapple with the virus, authorities have suspended a lab after it found it had not conducted the nucleic acid tests properly.

Seventeen people were detained as China's Global Times reported the testing lab "blended three tubes of samples together and diluted the samples on many occasions."

Health officials said it exposed "loopholes" and "weaknesses" in supervision. Beijing Municipal Health Commission said due to the error the risk of further spread of the virus increased as officials vowed to tighten supervision and carry out daily inspections.

Shanghai endured over a month of strict lockdown as the Omicron variant continued to spread even as authorities carried out mass testing in Beijing.

China's state-run Global Times said Beijing is depending on nucleic acid tests to ensure the capital is not put under lockdown. The Chinese authorities have been following the "Covid zero" policy while locking down cities even with few virus cases.

However, the move has been criticised by international agencies since it has hit supply chain and led to food shortages as experienced by Shanghai residents.

This week authorities announced schools in Shanghai will be gradually reopened with in-person classes to take place in June. Schools were shut down in March before the city was put under lockdown.

China has been battling the worst outbreak since the virus was detected in Wuhan over two years ago. The authorities had closed factories and public transport in Shanghai as the virus spread rapidly two months ago with several rounds of mass testing of residents as people were sent to isolation centres.