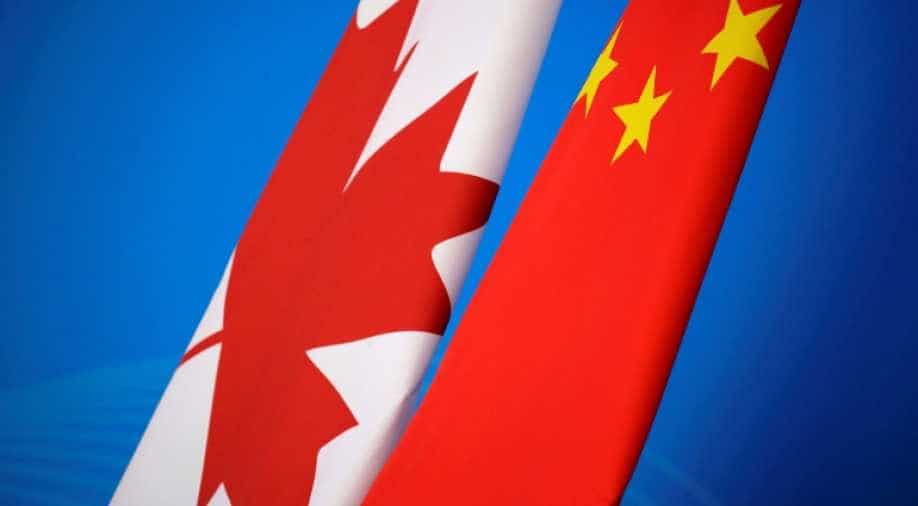 File photo of flags of Canada and China. Photograph:( Reuters )

China has banned imports from a second Canadian canola firm, its customs administration said Tuesday, the latest escalation in a burgeoning row between the two countries.

Following the detection of harmful organisms in canola shipments from Viterra Inc., China's customs authority has decided to revoke the firm's company registration and suspend imports of its canola seeds, it said in an online statement.

China's customs administration will "continue to strengthen the on-site quarantine and laboratory testing and identification of imported Canadian canola seeds," it added.

The ban comes less than a month after Beijing removed the export permit of major Canadian canola firm Richardson International, which was blocked following the discovery of "hazardous pests" in its shipments.

Canadian Foreign Minister Chrystia Freeland decried the decision, and said that were "no scientific reasons for this action."

Prime Minister Justin Trudeau also weighed in, saying on Tuesday that his government is "taking very seriously the situation around canola" and would "continue to work with (China) to resolve this dispute."

He added that Ottawa is considering sending a high-level delegation to China to press the issue.

China defended its ban as "completely reasonable and legal", and said that it had to protect the health and safety of its citizens.

Canada exported more than $3.75 billion worth of canola last year, with almost half of it, or about five million tonnes, going to China, according to industry figures.

Relations between Ottawa and Beijing have been thrown into crisis by the December arrest in Vancouver of Meng Wanzhou -- the chief financial officer of telecoms giant Huawei -- at the request of the United States.

Washington wants to put Meng on trial on fraud charges for allegedly violating Iran sanctions and lying about it to US banks, and the case has become a major headache for Ottawa.

Earlier this month, days after Canada launched an extradition process against Meng, China announced it suspected Kovrig of spying and stealing state secrets and alleged fellow Canadian Spavor had provided him with intelligence.

Both men have been denied access to lawyers and allowed only monthly consular visits.

Meng is free on bail in Vancouver as the extradition process continues. Her next court date for the start of extradition hearings is May 8.