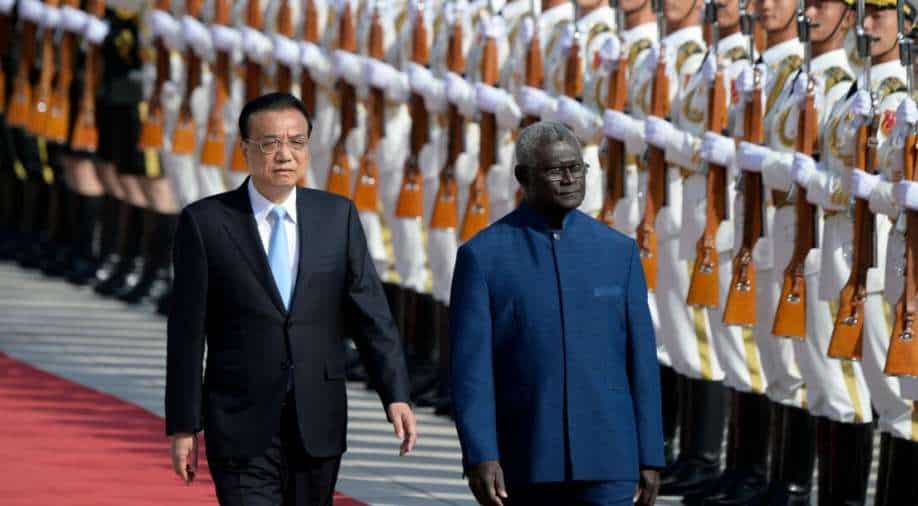 Under the agreement, Solomon Islands, which lies east of Papua New Guinea, could “request China to send police, armed and military personnel and other law enforcement agencies” to the country.

China and the Solomon Islands have signed a wide-ranging security pact that will allow the Chinese naval to have its presence in the South Pacific—a move that is being viewed with caution by US, Australia and New Zealand.

While briefing the reporters in Beijing on Tuesday, Chinese foreign ministry spokesman Wang Wenbin said, "The foreign ministers of China and the Solomon Islands officially signed the framework agreement on security cooperation recently."

He did not elaborate further on when or where the deal was signed.

According to a draft version of the agreement that was leaked last month, China will be allowed to station their naval and security troops in the Pacific, less than 2,000km off Australia’s coast.

The leaked document says the Solomon Islands, which lies east of Papua New Guinea, could “request China to send police, armed and military personnel and other law enforcement agencies” to the country.

It could also send warships to the islands for stopovers and to replenish supplies, leading to speculation about the possibility of China establishing a naval base on the islands.

The sudden announcement comes a day after the US announced that it would be sending two top officials to the archipelago.

US State Department spokesman Ned Price said the agreement could destabilise the Solomon Islands and would set a concerning precedent for the wider Pacific region.

The signing of the pact comes in the wake of protests that broke out in 2021 after Solomon Islands Prime Minister Manasseh Sogavare’s decision to cut diplomatic ties with Taiwan and switch sides with China.