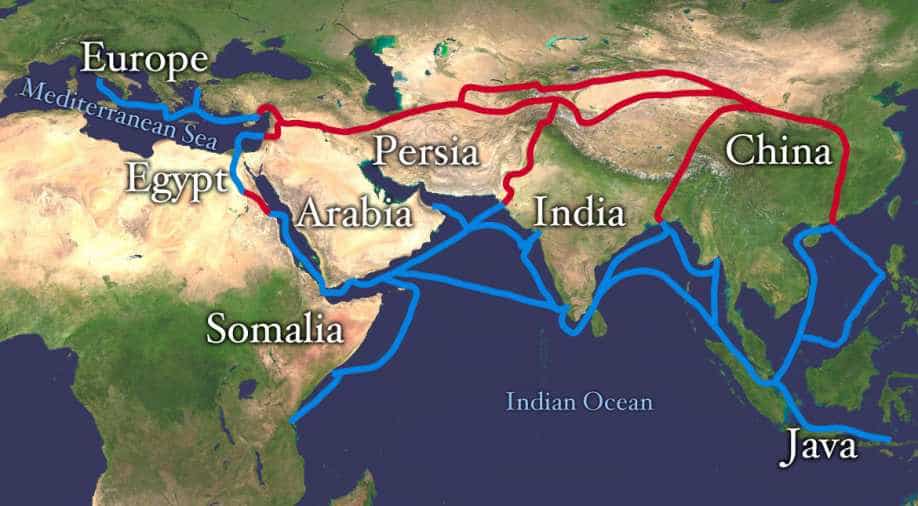 Much of the scholarship of the "Silk Road" has served to redress the earlier Sino-centrism and to recuperate the importance and operations of local groups in the global network that tied Europe and Asia in intricate ways. Photograph:( Others )

The One Belt and One Road (OBOR) initiative pioneered by China is a supra-infrastructural project. Intending to re-energise Afrasia and Eurasia as a connected and integrated economic zone, China is buttressing OBOR by trade agreements and conventions. Physically, the project assumes the form of economic corridors and highways, including a string of sea ports. Financially, the enormous outlays the of the project come with impressive investment potential for China’s manufacturing sectors.

There are two inter-related dimensions to the project: first, a silk route designed to connect China’s coast to Europe through the South China Sea and the Indian Ocean and from the Chinese coast to the South Pacific and second, a land route consisting of a number of economic corridors, connecting China with Central Asia, Russia, West Asia and Indo-China. The gargantuan proportions of the project are evident even as they have generated varying responses from countries that directly benefit and/or are affected by the initiative. India, for example, has been especially vocal in its criticism, arguing that the initiative has been unmindful of the principles of sovereignty and integrity. Particularly, as some of the pathways in the project run through territories over which India has claims.

Interestingly, India takes a more contemporary position on critiquing the network and its implications for the various countries through which it intersects. For instance, extractive exploitation and debt obligations are two of the prime concerns raised by India. China, on the other hand, has deployed history and the more conventional narrative of the celebrated silk route that it wishes to see revived in a new setting. It is easy to counter India’s well-meaning critique by reminding ourselves that he who calls the piper calls the tune. However, the critics need to equally to underline that older networks were not single-handedly controlled by any one entity. Funded and supported by world empires, these were used for trade, social and cultural exchanges by huge movements of populations.

On the other hand, China’s use of the silk route narrative with its cultural and symbolic salience is not only anachronistic but out of step with scholarship that has effectively interrogated the great silk road story. Such a story has almost always been written from the Chinese perspective with Central Asians playing the role of subordinate intermediaries, moving Chinese staple to the Mediterranean and India.

We now know that the Silk Road had actually very little silk. It was a network of many routes and structures operated by competing and collaborating groups that linked Central Asia with Eurasia. In that scheme of things, Central Asia was often seen as and consigned to the periphery and a back of beyond status actually played a key role in forging connections with Eurasia. We also know how this complex reality was submerged within a discursive overlay produced by 19th century Russian Orientalist scholarship and a dominant Sino-centric perspective. Similarly, a lot of the more recent archaeological research suggests that Southeast Asian trading presence was much more substantial than that of the Chinese in the South China Sea.

China, on the other hand, has deployed history and the more conventional narrative of the celebrated silk route that it wishes to see revived in a new setting

In fact, one of the most compelling ideas to have emerged from scholarship on maritime Asia and the Indian Ocean of the early modern period is the vitality of networks that world empires and merchant communities supported and sustained. It enabled an impressive integration of large territorial units of South and Southeast Asia, West Asia Central Asia and Europe. Political stability, territorial expansion and the mutual interdependence of large economies for goods and bullion ensured that trade routes were active. Together they constituted an enormous network with major and minor nodes, and with a specific concentration of communities and groups. Indians, Malays, Arabs, Central Asians and Chinese were active in distinct segments and overlapped with others but worked in tandem to ensure the vitality of a network that survived political vicissitudes and even the ravages of early colonialism.

Over the last four decades, much of the scholarship of the "Silk Road" has served to redress the earlier Sino-centrism and to recuperate the importance and operations of local groups in the global network that tied Europe and Asia in intricate ways.

To what extent can that network be replicated or to rephrase it why is that network being invoked in the name of OBOR that has overt nationalistic ambitions and has the weight of one country’s massive capital power to drive it?

The obvious explanation would be the importance China invests in the idea of a vibrant network that embodies the enterprise of Chinese capital and energy, and of its potential to create a new platform for economic activity

The obvious explanation would be the importance China invests in the idea of a vibrant network that embodies the enterprise of Chinese capital and energy, and of its potential to create a new platform for economic activity. Though China has been able to assure OBOR partners so far on the benign nature of its intentions, the centrality of the Middle Kingdom as a potent imaginary or its place in the  Chinese civilisational values can hardly be missed.

On the other hand, the ex-Soviet Central Asian republics, having undergone the trials of the Soviet, are eager to partake of the new opportunities and benefits that OBOR seem to promise. Since 2013, China has been a major trading partner for Central Asia and it is likely that the OBOR will lessen their dependence on Russia. Thus present history and past historical imagination seems to be on the side of China, which is losing no opportunity to run full steam ahead.

How this will alter the economic balance in the region, especially as Europe and the United States crawl back into their national selves is an open-ended issue.

It is tempting to contrast the idea of the great Silk Route with that of Greater India. The latter term came into vogue in both historical and journalistic circles in the first decades of the 20th century as India showed eagerness to reclaim a degree of prestige and civilisation grandeur. It referred to "Akhand Bharat" as a category, epitomising the benign and positive energies of Indic civilization that moved far and wide, and also embodied the energy and labor of Indians toiling outside India as capital and labour.

Greater India remained wedded to narratives of culture and spiritual regeneration and of Indian toil. However, the Great Silk route traversed the imagination of material success and robust Chinese enterprise that integrated and unified vast expanses of territory, while leaving its cultural trace. The contrast is especially striking if we recall how for centuries, it was India that dominated the Indian Ocean while China remained content to work behind the veil and operate through a restricted treaty system. Old history has given way not merely to new histories but to new geographies as well. 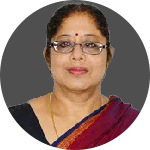 Lakshmi Subramanian is professor of history, Centre for Studies in Social Science, Kolkata.