Chile: Violent clashes erupt in new round of protests 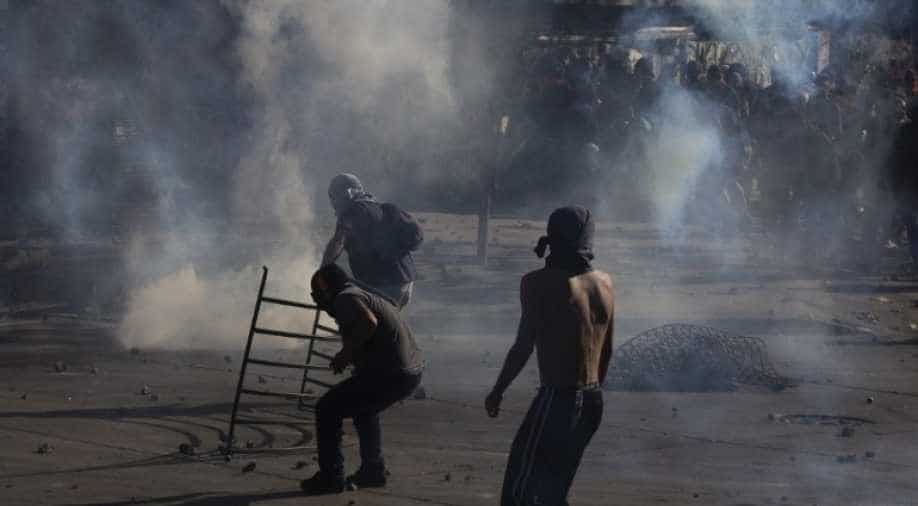 A fire also broke out in the Cine Arte Alameda, a cultural centre that had operated for nearly three decades.

In a fresh round of protests, clashes erupted between thousands of demonstrators and police in Chile's Santiago on Friday.

The rally took place in the Plaza Italia, which is the epicenter of the massive citizen protests against President Sebastian Pinera's government.

"We are going to continue in the struggle until Pinera gives in to the people's demands," said Luis Rojas, 46.

The anti-government protests are continuing in Chile for more than two months. The protests initially began in Santiago over the rise in the metro fare but quickly escalated to serious social unrest since the end of the dictatorship of Augusto Pinochet nearly 30 years ago. The anger in Chile is over the inequality and especially aims at the elites who control much of the country's weatlh.

At least 26 people have died so far in the unrest, injuring and arresting thousands. Pinera has been blamed by the Opposition, human rights groups and activists for failing to act quickly and rights abuses by the security persnonel. On Monday, the Chilean President also signed a decree that called for a plebiscite on April 26 to decide the fate of current constitution which is in force swince Pinochet's rule.

Many people in Chile feel that replacing the current Constitution will end a dark and repressive chapter of country's history and solve the current crisis.

On Friday, a fire also broke out in the Cine Arte Alameda, a cultural centre that had operated for nearly three decades.

The witnesses said that the fire broke out after police fired tear gas shells. However, no officials have so far responded to such claims.

The fire was brought under control after an hour but the centre was completely destroyed, according to the deputy commander of the Santiago Fire Brigade.

The cinema owner said that no workers were injured in the fire.

(with inputs from  AFP and Reuters)