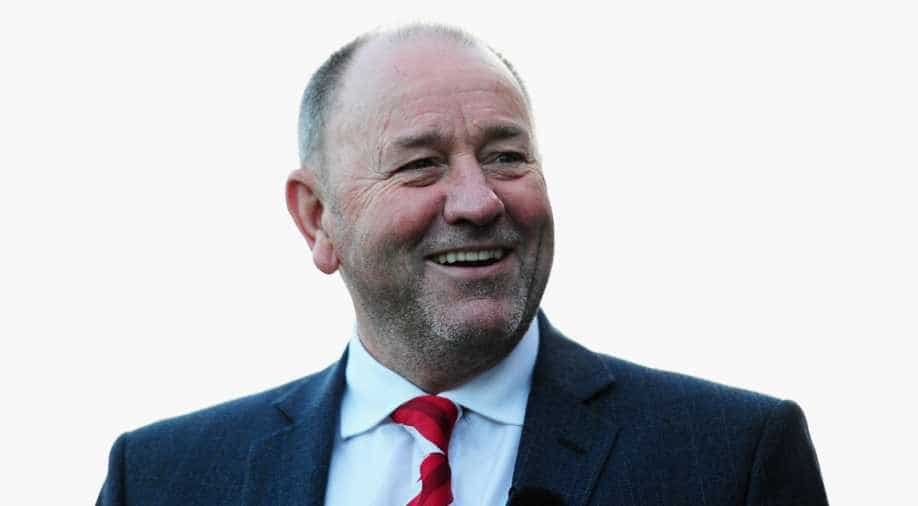 Gary Johnson, Manager of Cheltenham Town, looks on during the EFL Checkatrade Trophy match between Cheltenham Town and Everton at Whaddon Road on October 4, 2016 in Cheltenham, England. Photograph:( Getty )

English soccer club Chelsea issued a public apology to former striker Gary Johnson on Saturday for the sexual abuse he suffered as a young player, and said it had been wrong to insist on a confidentiality clause when paying him compensation.

Johnson, 57, said on Friday that he had been abused by former Chelsea chief scout Eddie Heath in the 1970s, receiving 50,000 pounds from the club in settlement in 2015. In a statement the club said their former player had "suffered unacceptably" and they had "no desire to hide any historic abuse we uncover from view".

Chelsea added that an external review would establish whether they carried out a proper investigation when the allegations first surfaced. "We are fully committed to ensuring the safety and well-being of all children and young people who are in our care or attending our premises. Their welfare is of paramount importance," said the club.

Johnson, who played for the first team between 1978 and 1981, joined Chelsea in 1970 when he was 11 and told the Mirror newspaper that he had been groomed from the age of 13 by Heath who was chief scout from 1968 to 1979. Heath died before the allegations became public.

When Chelsea agreed to the compensation deal with Johnson they initially did not accept any blame and insisted on the confidentiality clause, which they agreed to waive only last week. Chelsea now accept the clause was "inappropriate".

"In light of what we know now about the wide-scale abuse in football clubs in the 1970s and 1980s, it now believes that the use of such a clause, while understandable, was inappropriate in this instance," the club said. "We certainly have no desire to hide any historic abuse we uncover from view. Quite the opposite."

The club said that although Johnson's solicitors had said other boys had been abused by Heath, they had not been able to identify any. The allegations of child sex abuse in English soccer from the 1970s through to the 1990s have shocked Britain.

In a sign of how widespread the abuse might have been, British police said on Thursday that about 350 victims had come forward to report sexual abuse within soccer clubs and indicated the number was likely to rise.