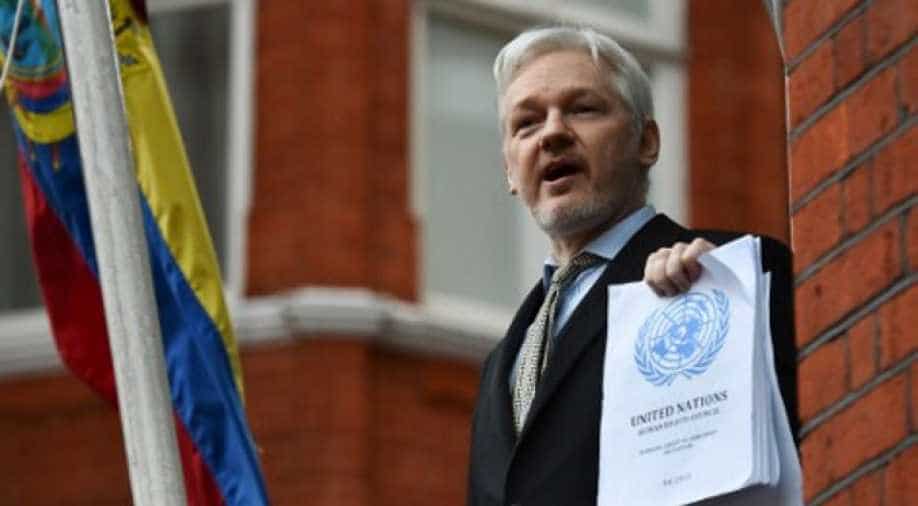 The emails have been leaked by Wikileaks, founded by Julian Assange Photograph:(AFP)
Follow Us

In the last few weeks, over 20,000 pages of emails stolen from John Podesta, Hillary Clinton's campaign chair, have been released by international non-profit organisation WikiLeaks.

The emails have shed light on the murky world of donations made to the Clinton Foundation by corporations and foreign governments.

Though done in the name of philanthropy to address pressing issues, such as climate change, agricultural development, and infrastructure building, the emails have revealed that in more cases than one, the primary objective was "currying favour" and gaining access to the former chief executive, his wife, and their closest political associates.

Currying favour through donation is not a novel thing for the American politicians. Former presidents Jimmy Carter, Bush senior as well as junior, and Ronald Reagan have accepted such donations in the past. However, these donations were made to the presidential libraries.

What makes the situation dire for the Democratic presidential nominee is the link that has been established between her donors and the terror organisations, particularly ISIL and other "radical" Islamic groups of the Middle East.

A number of countries, including Germany, Norway, Canada, Italy, Australia and the Netherlands have donated to the Clinton Foundation. While eyebrows were raised by people who had been trying to quantify the amount of donation and the kind of influence accrued through the act, hell broke loose with names of Qatar and Saudi Arabia surfacing from the leaks. Hillary Clinton accepted from Qatar a donation amount, ranging anywhere between $1 million to $5 million and from Saudi Arabia in excess of $25 million dollars. This she did, the evidence from WikiLeaks show, with the full knowledge that the governments of Qatar and Saudi Arabia are providing clandestine financial and logistic support to ISIL and other radical Sunni groups in the region.

Hillary's trial does not end with accepting donations from dubious sources. The Intercept revealed an email earlier this year, showing Jake Sullivan, then Clinton’s deputy chief of staff, celebrating the sale to Saudi Arabia of more than 80 Boeing F-15SA fighter jets – “along with upgrades to the pre-existing Saudi fleet of 70 F-15 aircraft and munitions, spare parts, training, maintenance, and logistics” – with the heading addressed to Clinton, “FYI — good news.”

Hillary Clinton has vouched for her decision to refuse foreign donations if she is elected president. But a leaked memo, dated April 7, 2015, has revealed that she prefers "...the Foundation to continue to accept foreign government contributions, but to significantly increase disclosure." Evidently, the Democratic nominee to the post of US president does not want "..to close the door to unexpected opportunities.”

A “compromise” option, according to the memo, “would be to say that the Foundation will not accept contributions from foreign governments unless that funding is part of an ongoing program or a disbursement for a completed negotiation.”

But this compromise does not prevent the Clinton Foundation from continuing to accept money from Qatar. This is despite Clinton’s own admission that Qatar and Saudi Arabia are financially supporting ISIS.