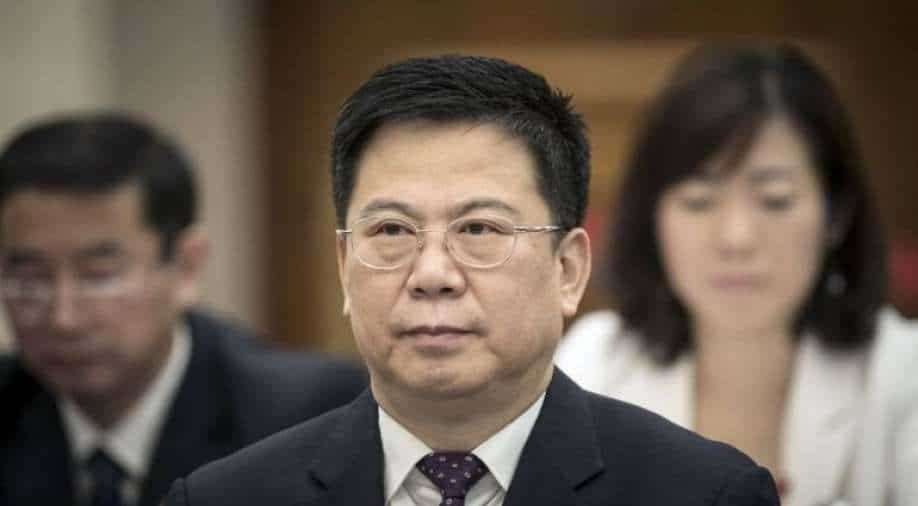 Chairman of China Life Insurance, Wang Bin can be seen in this file photo Photograph:( Reuters )

Wang Bin, who is the chairman of China's biggest insurer is being probed by Communist Party's anti-corruption commission.

The China Central Commission for Discipline Inspection said in a statement, “Wang suspected of serious violations of discipline and law, and is currently undergoing disciplinary review and investigation.”

As per state-owned Securities Times, Wang is the first high-level official in China’s finance sector embroiled in an anti-corruption campaign this year.

It comes with Chinese property giant Evergrande Group reeling under more than $300 billion in liabilities and becoming the world's most indebted developer. This includes nearly $20 billion of offshore bonds deemed in cross-default by ratings agencies last month after it missed payments.

More than a million officials have been punished in recent years in a wide-ranging anti-corruption campaign launched under President Xi Jinping.

As Chinese authorities step up scrutiny over the nation’s $54 trillion financial system, Beijing’s anti-graft crackdown has taken down more than 20 financial officials so far.

Last year China executed Lai Xiaomin, the former chairman of Huarong, one of China's largest state-controlled asset management firms, who was accused of taking $260 million worth of bribes.

In September Yuan Renguo, the former head of Keichow Moutai, the world's most valuable spirits company, was jailed for life for taking more than $17 million in bribes.

In 2020, the former head of China's insurance regulator was sentenced to 11 years in prison, also on charges of taking bribes.