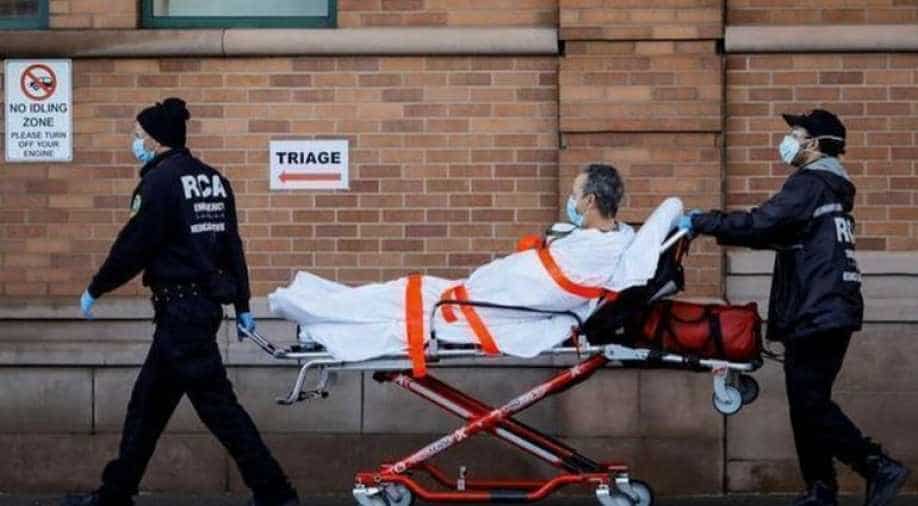 Over 3 million people died in the United States in 2020, Politico said, adding COVID-19 was the third most common cause of death, behind only heart disease and cancer.

A U.S. Centers for Disease Control and Prevention study has found that last year was the deadliest in U.S. history, with COVID-19 helping to drive a 15% increase in deaths, Politico reported on Wednesday, citing sources.

Over 3 million people died in the United States in 2020, Politico said, adding COVID-19 was the third most common cause of death, behind only heart disease and cancer.

The CDC will summarize its findings in an upcoming issue of Morbidity and Mortality Weekly Report, Politico said.

The analysis will detail the rates at which U.S. residents of various races and ethnicities died as a result of the coronavirus as well as the total number of deaths in each demographic group, according to Politico.

The CDC and the U.S. Department of Health and Human Services did not immediately respond to a request for comment.

More than 117.6 million people have been reported to be infected by the novel coronavirus globally and 2,736,909​ have died thus far, according to a Reuters tally.

The United States has had the highest number of deaths from COVID-19 in the world, with over 528,000 fatalities, according to the tally. The country has thus far reported more than 29 million cases.