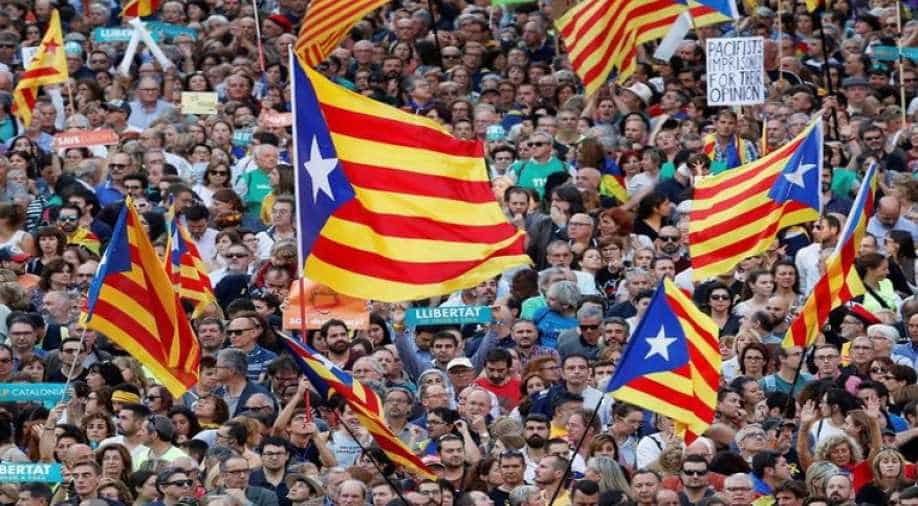 The leaders face charges ranging from sedition to misuse of public office — charges that the leaders have vehemently denied.

It's been almost a hundred years since the advent of the Catalan independence movement. And today could mark a historic moment in this long and drawn-out struggle.

Spain's top court is scheduled to issue the verdict today its highly-anticipated verdict in the trial of 12 Catalan leaders over their role in the 2017 referendum.

Spain’s Supreme Court is expected to announce on Monday its highly-anticipated verdict in the trial of 12 Catalan separatist leaders over their role in the region’s 2017 banned referendum and short-lived independence declaration.

The leaders face charges ranging from sedition to misuse of public office — charges that the leaders have vehemently denied.

Reports indicate that the court will waive the charges of rebellion against the accused -- but even then, jail time of up to 12 years, is what awaits them if convicted.

The hearing has stretched over the last 4 months, at the end of which all 12 accused were allowed to argue their case.

Many of Catalonia's tallest politicians figure in the list.

A former vice-president, a former speaker of the parliament, and other prominent former ministers.

Needless to say, the public is outraged by the trial, more than 100 people gathered outside a jail in northern Barcelona in support of their leaders.

Their demand was very simple — acquit the leaders and release them immediately.

If the court does pronounce a 'guilty' verdict, it could end up galvanising the Catalan public and aggravate what is already the worst political crisis the country has faced since the end of general Francisco franco's dictatorship.

Madrid has responded by stepping up the security apparatus in Catalonia.

The issue dates back to 2017 when Catalonia's leaders decided to hold an independence referendum.

The Spanish government, however, was staunchly opposed to it.

They moved the country's constitutional court and declared the referendum illegal.

Despite the ruling, the Catalan leaders went ahead with the referendum, which resulted in 92 per cent people demanding freedom.

On account of the results, the Catalan parliament declared the region independent.

This prompted Madrid to send in its forces and impose Spanish rule along with the arrest of many prominent Catalan leaders.

Even then, the outrage was palpable with hundreds taking to the streets triggering violent clashes with the police.