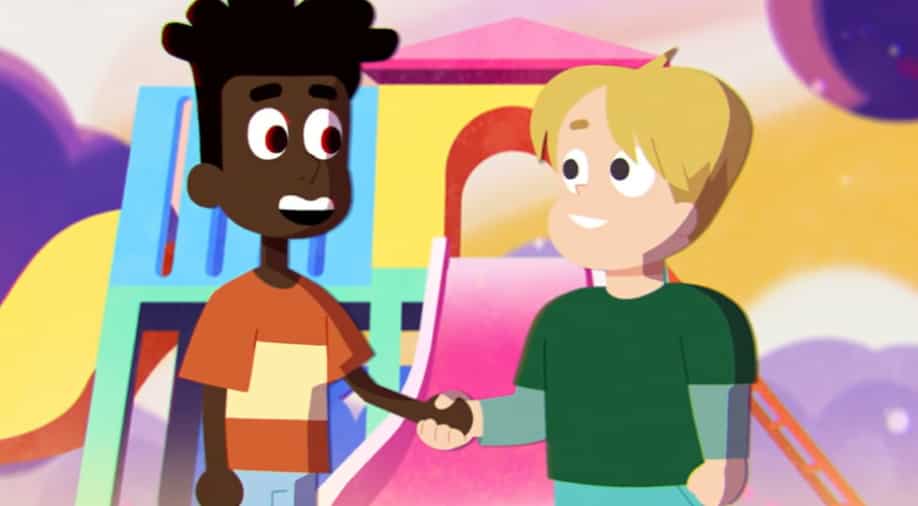 The said PSA featured two boys of different races discussing the prospect of marrying each other when they grow up.

A Cartoon Network animated public service announcement (PSA) teaching children to "acknowledge racism” has invited an online backlash. The said PSA featured two boys of different races discussing the prospect of marrying each other when they grow up.

A character from the show ‘Steven Universe’ then appears onscreen and says, “Kids! Don’t be racist!”

It is then revealed that the scene was a filming set for an ‘actual’ PSA, and the three child actors discuss the real-life implications of racism.

The Crystal Gems say BE ANTI-RACIST! You have to acknowledge racism to act against it. Don't be silent, use your voice and privilege to help ✊🏿✊🏼✊🏾✊✊🏻✊🏽💖

Cartoon Network included a link to its ‘Be Anti-Racist’ campaign's page. It also had the alliterating slogan “Don't Deny it, Defy it”.

This is one of the four PSAs aimed at such messaging. The remaining three PSAs will feature different ‘Steven Universe’ characters, and will be rolled out over the next couple of months.

The PSA prompted outrage online, mainly because children were used in the video.

Users said racism might be too heavy a topic for real-life children to comprehend.

This is cringe. Using kids as models really make it worse. I never saw when I child people being racist among kids. Usually, adults will be thinking racist. Should put adults or maybe don't use the word racist. It is a strong word for kids.

A few also commented that characters explicitly talking about their sexuality and marriage looked out of place for a cartoon aimed at kids.

Some agreed with the entire idea of kids as the target audience.

Literally this PSA is simply telling kids not to be racist I cannot understand how you can have any type of problem with this unless you’re racist. And if you do have a problem with this and claim to not be racist is it really worth putting it here to give -