Captain Tom Moore to be awarded knighthood for NHS fundraising 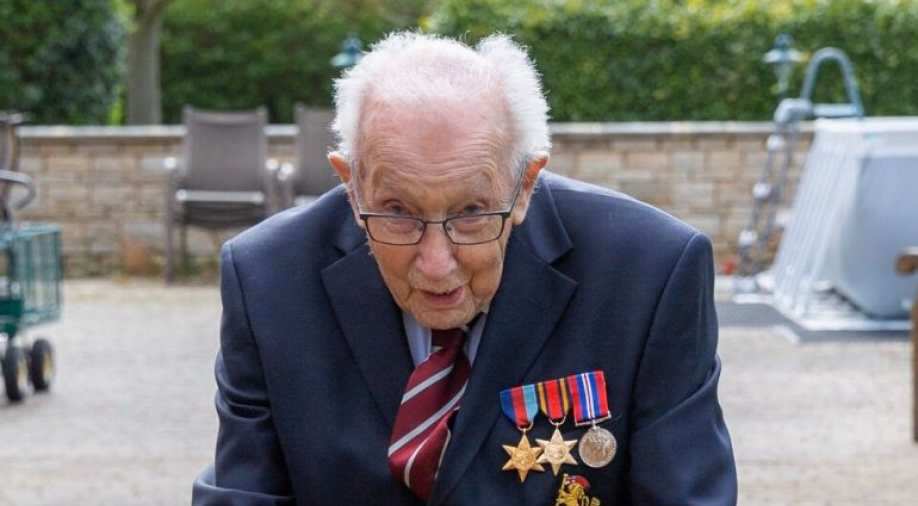 As an honorary colonel, his official title will be Captain Sir Thomas Moore under Ministry of Defence protocol.

Captain Tom Moore, the 100-year-old war veteran who raised almost £33 million for the UK's National Health Service (NHS) by taking laps of his backyard, is to receive a knighthood after a special nomination from Prime Minister Boris Johnson.

Boris Johnson said the centenarian had provided the country with "a beacon of light through the fog of coronavirus."

As an honorary colonel, his official title will be Captain Sir Thomas Moore under Ministry of Defence protocol.

Johnson personally recommended to Queen Elizabeth that Moore should be exceptionally honored, according to a Downing Street press release.

"Colonel Tom's fantastic fundraising broke records, inspired the whole country and provided us all with a beacon of light through the fog of coronavirus," said Johnson in the release.

The knighthood, which has been approved by the Queen, will be formally announced on Wednesday.

Moore received more than 125,000 birthday cards last month, with volunteers enlisted to help open them all.

The UK has been hit hard by the coronavirus, with a death toll of more than 35,000, the highest number outside of the US and the largest in Europe, according to a tally by Johns Hopkins University.

The country's government is also set to give further details on plans for how "frontline heroes" who have been working to help the nation during the pandemic will be honored in the coming months and how the public will be able to play their part.