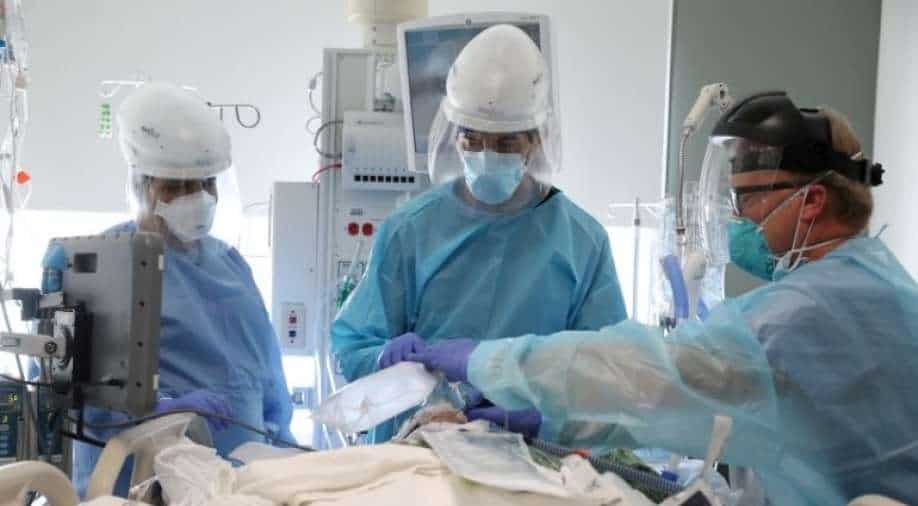 The yeast infection may have been caused due to the reuse of the personal protective equipment (PPE), as per a report by the Centers for Disease Control and Prevention (CDC)

A mysterious and deadly fungal infection called Candida Auris at a Florida hospital has become the cause of dozens of hospitalisations.

The yeast infection may have been caused due to the reuse of the personal protective equipment (PPE), as per a report by the Centers for Disease Control and Prevention (CDC).

The multidrug-resistant yeast was first identified in Japan in 2009 and has been a top priority for the Centers for Disease Control and Prevention in recent years because of its increasing global spread.

Candida Auris is associated with up to 40 per cent in-hospital mortality and is usually caught inside healthcare settings, especially when people have feeding or breathing tubes, or catheters placed in large veins.

It causes bloodstream, wound and ear infections and has also been found in urine and respiratory samples, but it's not clear if the fungus actually infects the lung or bladder.

The recent outbreak began in July when a hospital, which the report did not name, notified the Florida Department of Health of an initial four cases of the fungus among patients being treated for the coronavirus.

The next month, the hospital carried out additional screening in its Covid-19 unit, which spanned four floors across five wings, and identified 35 more patients as being Candida Auris-positive.

Follow-up data was available for only 20 out of the 35 patients. Eight of these 20 people died, but it was not clear whether the fungus was the main factor or not.

It added that hospital staff, possibly out of fear of the coronavirus, were wearing multiple layers of personal protective equipment (PPE), which is not recommended and in fact heightens the risk of microbe transmission.

There were also instances of extended PPE use and re-use.

After the hospital removed supplies from hallways, enhanced cleaning and disinfection practices, and improved practices around PPE use, no further Candida Auris was detected on subsequent surveys.

"Outbreaks such as that described in this report highlight the importance of adhering to recommended infection control and PPE practices and continuing surveillance for novel pathogens like Candida Auris," the report concluded.

The CDC says the fungus can spread in healthcare settings "through contact with contaminated environmental surfaces or equipment, or from person to person."