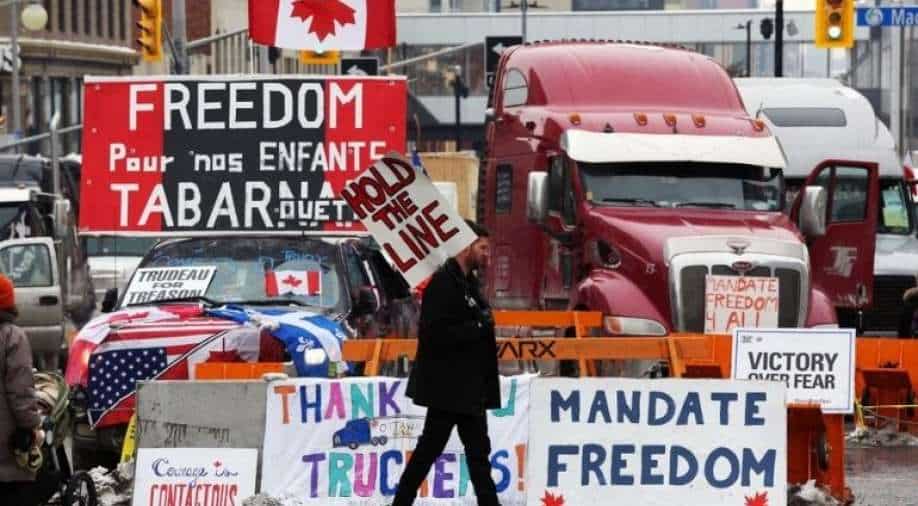 Far-right and anti-vaccine groups around the world have amplified the message of the Canadian protesters on social media, raising millions of dollars in online campaigns

As Canadians’ impatience and frustration with the occupation of their national capital intensifies, the protests continued to echo globally on Wednesday, this time in France, where dozens of trucks and vehicles left southern France for Paris to vent their anger over their country’s vaccination policies.

The demonstrations in Canada’s capital of Ottawa — by loosely organized groups of truck drivers and protesters opposed to vaccination requirements for truckers crossing into Canada from the United States — have inspired copycat convoys in New Zealand and Australia as well. And there are talks of another in the works in the United States.

Far-right and anti-vaccine groups around the world have amplified the message of the Canadian protesters on social media, raising millions of dollars in online campaigns.

The main Facebook group for the French demonstrators has attracted more than 300,000 followers in just a few days. The movement calls itself “Convoi de la Liberté,” a direct translation of “Freedom Convoy,” the slogan for the Canadian movement.

In Ottawa, life continued to be disrupted by the presence of more than 400 trucks blocking roads. Residents got some relief on Tuesday night when the drivers of the trucks for the second night refrained from blasting their air horns, a form of protest that was enjoined by a court order on Monday afternoon.

At the other end of Ontario province, in Windsor, a road blockade continued to prevent trucks from entering Canada across the Ambassador Bridge between the city and Detroit. The bridge is critical to the automobile industry.

On Wednesday, truck protesters were also still interfering with another border crossing between the western province of Alberta and Montana.

The protesters in Ottawa converged on the city nearly two weeks ago, but a strategy for retaking the city from the truckers continues to elude law enforcement. It has also emboldened critics of Prime Minister Justin Trudeau and his response to the pandemic.

Ottawa’s police chief, who declared a state of emergency on Sunday, has vowed to end the protests but has said the city needs 1,800 more officers to do that. Trudeau said on Twitter that hundreds of Royal Canadian Mounted Police had been mobilized to support Ottawa police officers.