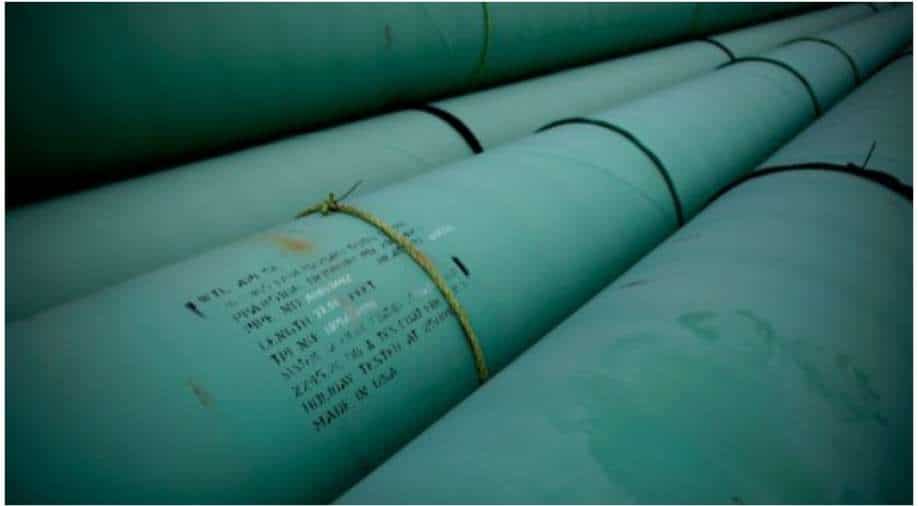 (FILES) In this file photo pipe is stacked at the southern site of the Keystone XL pipeline on March 22, 2012 in Cushing, Oklahoma. Photograph:( AFP )

The company said it was "disappointed" with the expected US action, claiming it would mean thousands of lost jobs

TC Energy, the Canadian company behind Keystone XL pipeline hs suspended work in anticipation of a block from US President Joe Biden. The company has stopped construction of an oil conduit. Joe Biden was expected to block the keystone pipeline  on the very first day of his presidency.

The company said it was "disappointed" with the expected US action, claiming it would mean thousands of lost jobs.

"The decision would overturn an unprecedented, comprehensive regulatory process that lasted more than a decade and repeatedly concluded the pipeline would transport much-needed energy in an environmentally responsible way while enhancing North American energy security," it added.

Canadian regulators approved the project in 2010 but it was then blocked by US president Barack Obama in 2015 due to environmental concerns -- a decision that his successor Donald Trump reversed in 2017.

Canadian PM Justin Trudeau has said that he will press Biden in coming days to reconsider decision to scrap Keystone pipeline.

The 1,210-mile (1,947-kilometer) pipeline, starting in 2023, was to transport up to 830,000 barrels of oil per day from the Alberta oil sands, which Biden has lambasted as producing a "very, very high pollutant," to Nebraska, and then through an existing system to refineries in coastal Texas.