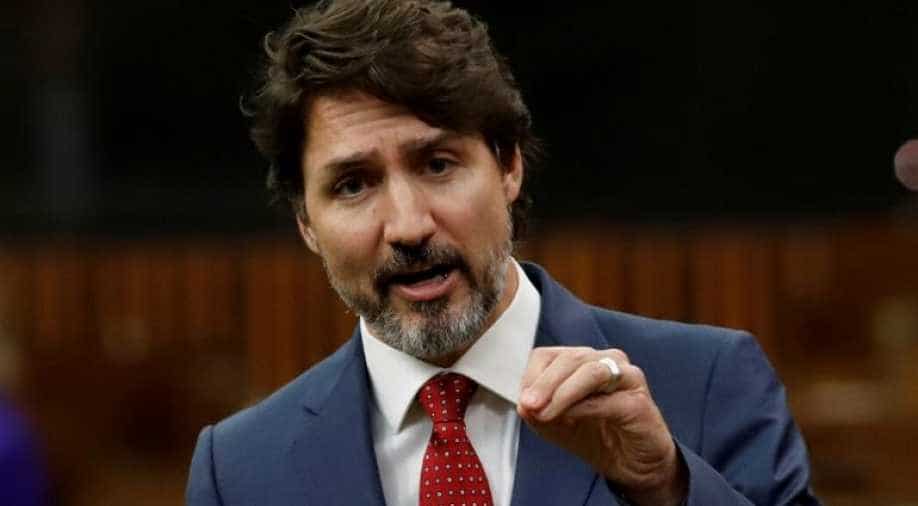 His apology came amid opposition demands for an investigation into a USD $662 million contract awarded by the government to development and youth advocacy organization WE Charity.

Canada's Prime Minister Justin Trudeau apologized Monday for not recusing himself from discussions about a government contract to a charity that had paid his family large sums of money for speaking appearances.

"I made a mistake not recusing myself immediately from the discussions, given our family's history. And I'm sincerely sorry," Trudeau told a news conference.

His apology came amid opposition demands for an investigation into a USD $662 million contract awarded by the government to development and youth advocacy organization WE Charity.

The NGO has admitted paying nearly CAN $300,000 to Trudeau's mother, brother and wife for speaking engagements.

Trudeau himself admitted to taking part in negotiations with the charity over the contract.

He said he knew his mother Margaret worked for WE as an advocate on mental health issues but didn't know the "details."

"I didn't know the details of how much she was getting paid by various organizations, but I should have and I deeply regret that," he said.

The Canadian prime minister is facing a third investigation for conflict of interest in a little over three years.

It is the second time in less than a year that the prime minister has apologized publicly for his actions.

“I was very aware that members of my family had worked with and contributed to the WE organization, but I was unaware of the details of their remuneration,” he said.

Trudeau publically apologised for the first time in September last year after decades-old images of him in blackface emerged.