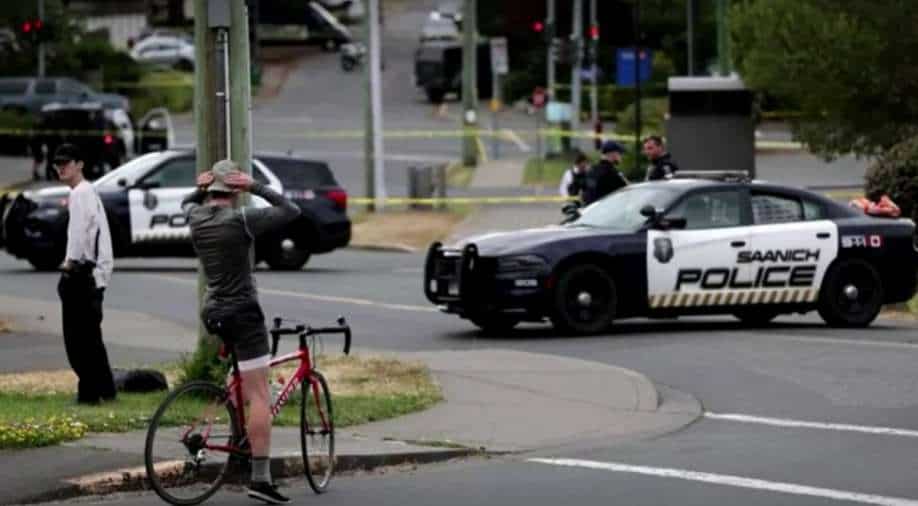 Scene from the spot of the encounter. Photograph:( Reuters )

"This remains an ongoing police incident with the heavy police presence in the area," said Saanich police chief Dean Duthie at a press conference.

The armed suspects entered the bank around 1800 GMT. The bank is located in the city of Saanich which has a population of about 114,000 outside the British Columbia capital of Victoria, police said in a statement.

"Multiple officers responded to the scene and encountered the armed suspects who fired at police. Two suspects were shot by police and died at the scene," the statement said, adding that no bank employees or members of the public were physically injured.

"It's hard because we have members in the hospital right now suffering from serious injuries," Duthie said.

Earlier in the day, an evacuation order was issued for the buildings surrounding the bank because of a suspected explosive device found in the suspects' vehicle.

The day's events will "shake a lot of people," said Duthie, adding that federal police had been called to assist.