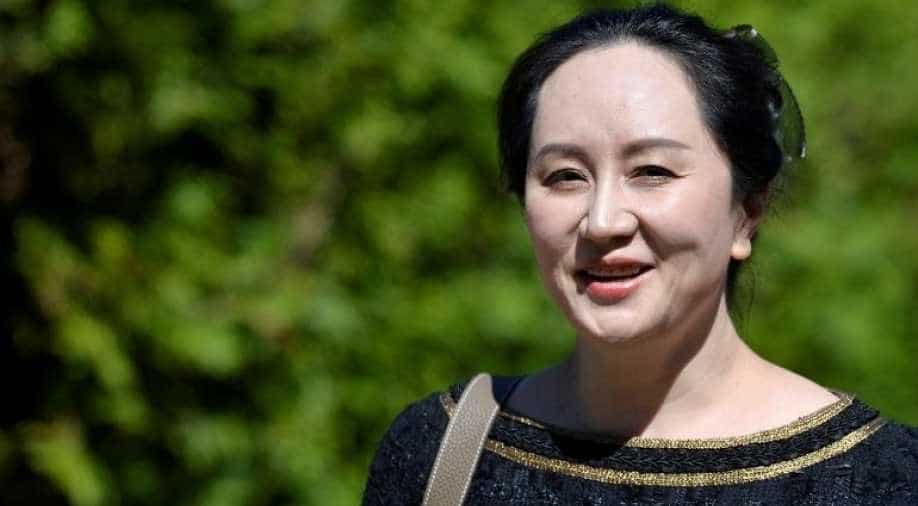 Meng, the Chinese telecom giant's chief financial officer, was arrested on a US warrant in December 2018 during a stopover in Vancouver.

Canada has released as much information as it legally can about the arrest of Huawei executive Meng Wanzhou, the government's lawyers said on Monday, as she sought more confidential documents relating to her 2018 detention.

Meng, the Chinese telecom giant's chief financial officer, was arrested on a US warrant in December 2018 during a stopover in Vancouver.

She is charged with bank fraud related to violations of US sanctions against Iran, and has been fighting extradition ever since.

On the first day of hearings expected to last up to three days, Meng's lawyer said a "flurry of emails" between Canadian and American officials around the time of Meng's arrest should not all be covered by privilege, as Canadian prosecutors have argued.

Meng's lawyers have pushed for the release of more documents to support their assertion that Canadian and American authorities committed abuses of process while questioning Meng before her arrest, including the improper sharing of identifying details about her electronic devices.

Canadian government lawyer John Gibb-Carsley retorted that all relevant documents were given to the defense.

"The Attorney General of Canada cast the net very wide to capture all documents," said Gibb-Carsley.

Meng's defense team alleges that the Federal Bureau of Investigation (FBI) conspired with Canadian authorities to collect evidence and interrogate her, in violation of her rights.

Specifically, they point to her detention and questioning without a lawyer over the three hours after she disembarked a flight from Hong Kong, but before she was charged, as well as the illegal seizure of her electronic devices.

The Royal Canadian Mounted Police (RCMP), the defense says, noted the serial numbers and technical specifications of her smartphones, tablet and laptop computer and improperly gave these details to the FBI.

Most of the almost 400 documents sought concern communications between Canadian and US agencies prior to and after Meng's arrest.

The hearings will continue in a closed session on Tuesday, potentially stretching into Wednesday. Meng will not be present.

A schedule proposed jointly by lawyers for the prosecution and defense said that a decision on the issue by Oct. 2 would allow the rest of the trial to proceed as planned, with hearings wrapping up in April 2021.