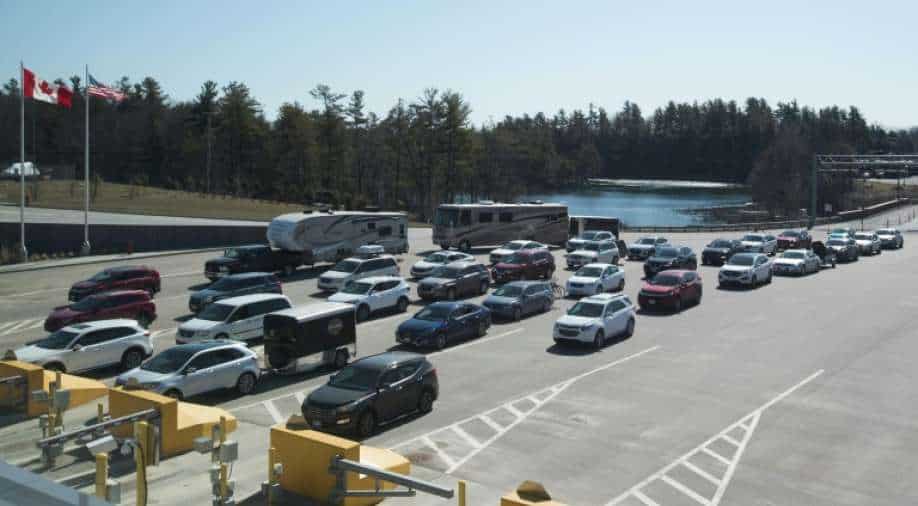 A few quarantine rules have, however, been eased for some cut-off Canada-US border communities.

Canada has extended a restriction on non-essential international entries until the end of November as Covid-19 cases rise in the region.

A few quarantine rules have, however, been eased for some cut-off Canada-US border communities.

The travel ban has been in force since mid-March, while Canada and the US have a separate arrangement prohibiting non-essential travel between their two countries set to expire one week earlier.

Travellers allowed into Canada despite the ban -- including essential workers, students, and spouses, children, parents or guardians of Canadian citizens -- must still quarantine for 14 days upon arrival.

Some practical adjustments to the rule would anyway be made to allow residents of a few outlier communities to cross the border to access necessities such as food and medical care without having to self-isolate after each trip.

Participants are tested for Covid-19 infection at the border or after landing at the Calgary airport, and if the result comes back negative, they may end their quarantine early so long as they commit to getting a second test about a week later at a local pharmacy.

The government will also allow exemptions for a pilot project with the province of Alberta on alternatives to quarantines.

Travel between Canada and the United States usually sees 400,000 border crossings per day, but trips have fallen off to a trickle since the pandemic restrictions were put in place.