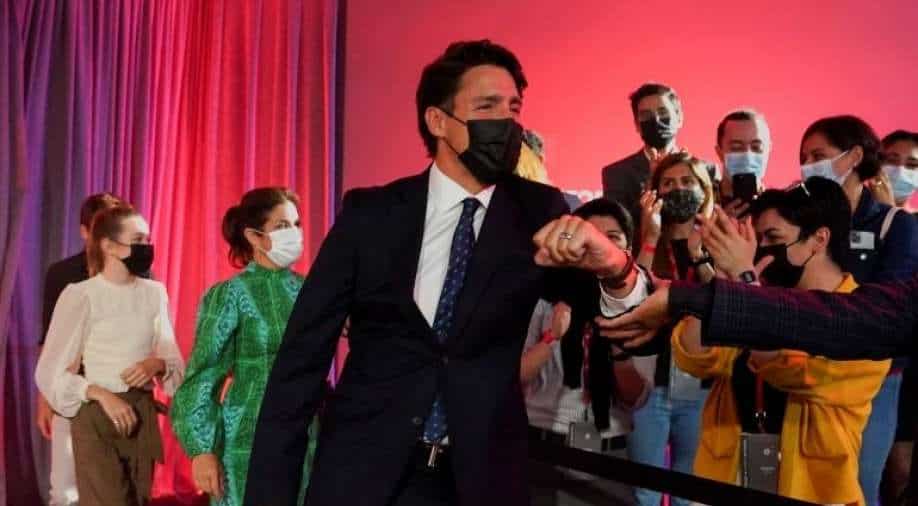 Justin Trudeau's Liberal Party has secured victory in the third election but has fallen short of a majority.

The Canadian leader's party secured 158 out of 338 electoral districts while the Conservatives secured 119 seats and will be the official opposition.

Trudeau will seek support from smaller factions such as the leftist New Democrats and the separatist Bloc Quebecois who have won 25 and 34 seats respectively.

US President Joe Biden congratulated Trudeau for his victory in the Canadian snap election.

The White House said that Biden highlighted the ''strong and deep'' friendship between the two countries and discussed the shared commitment of the two countries to strengthen their resilience and competitiveness.''

Former US President Barack Obama had endorsed Trudeau, days before Canadians went to polls, saying that he has been an ''effective leader and strong voice for democratic values.''

Indo-Canadians such as Defence Minister Harjit Sajjan and NDP leader Jagmeet Singh also won the federal election. Canada is home to one of the largest diasporas in the world. Three per cent of the country's population is Indian.

This year's election was the most expensive election in the country's history as it cost Canadians C$600 million.

Seeking to benefit from the Canadian government's handling of the coronavirus pandemic, Trudeau had called snap elections two years early.

Insiders in the Liberal Party believe that Trudeau can step down before the next election as no person in Canada has won four consecutive terms.

In that case, Innovation Minister Francois Philippe Champagne and Finance Minister Chrystia Freeland can be his potential successors.

Trudeau had swept into power in 2015. He is the son of former Liberal Prime Minister Pierre Trudeau who had also stayed in office for six years.