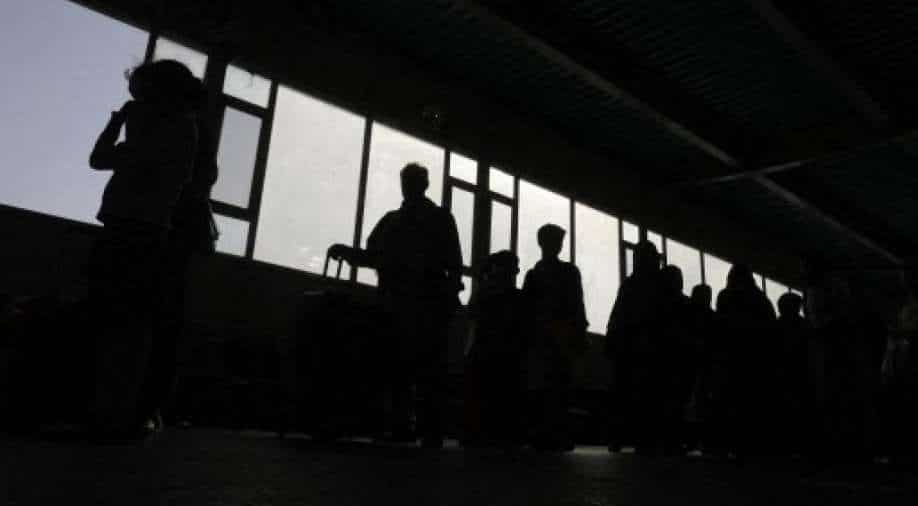 Quinonez, who was sitting in an aisle seat, stood up and punched the flight attendant in the face multiple times, according to the video. She also grabbed the flight attendant’s hair before the woman was able to move back up the aisle. Several passengers grabbed at Quinonez’s clothes to try to stop her, prosecutors said

A 28-year-old California woman pleaded guilty Wednesday to repeatedly punching a flight attendant in May, bloodying her face and chipping three teeth, federal prosecutors said, part of a surge in violent behavior by airline passengers in the past year.

The woman, Vyvianna M. Quinonez of Sacramento, California, was charged with interference with flight crew members and attendants, the US Attorney’s Office for the Southern District of California said in a statement on Wednesday. She faces a maximum penalty of 20 years in prison and a $250,000 fine.

The assault unfolded toward the end of a Southwest Airlines flight from Sacramento to San Diego, prosecutors said. The flight attendant, who was not identified, had asked Quinonez to buckle her seat belt, put up her tray table and “wear her face mask properly,” the statement said.

Quinonez started filming the flight attendant on her phone and pushed the woman, prosecutors said.

The attack escalated from there, as captured on video by another passenger.

Quinonez, who was sitting in an aisle seat, stood up and punched the flight attendant in the face multiple times, according to the video. She also grabbed the flight attendant’s hair before the woman was able to move back up the aisle. Several passengers grabbed at Quinonez’s clothes to try to stop her, prosecutors said.

A man then “jumped in between” Quinonez and the flight attendant, prosecutors said.

“Hey, you better sit down,” he said in the video, using an expletive.

Quinonez responded, but it was not clear in the video what she said. Her mask had not been covering her nose, but she pulled it up.

“Don’t you dare touch a flight attendant like that,” the man said in the video.

The flight attendant was covering her face as blood streamed from beneath her left eye, according to the video. She walked away into the galley as multiple passengers yelled at Quinonez. “A child is here,” one woman said, referring to a boy sitting in the row in front of Quinonez.

Prosecutors said the flight attendant was taken to a hospital with injuries that included a swollen eye, a bruised arm and a cut under her eye that had to be stitched. They said she also had three chipped teeth, two of which had to be replaced with crowns.

Quinonez is set to be sentenced March 11, prosecutors said. It was not clear if Quinonez had a lawyer, and she did not respond Wednesday to messages left at a number listed under her name.

“The flight attendant who was assaulted was simply doing her job,” Randy Grossman, the acting U.S. attorney for the Southern District of California, said in the statement. “It’s inexcusable for anyone to use violence on an airplane for any reason.”

After the attack, both Southwest and American Airlines announced in May that they would continue a suspension of alcohol service on flights in an effort to stop the surge of unruly passenger behavior.

Since Jan. 1, the Federal Aviation Administration has received about 5,700 reports of unruly passengers, including more than 4,100 reports of passengers refusing to comply with a federal mandate that they wear masks on planes.

The FAA has fined several passengers tens of thousands of dollars this year for clashing with airline crews over mask requirements and other safety instructions. Earlier this year, the agency imposed a zero-tolerance policy for interfering with or assaulting flight attendants that carries a fine of up to $35,000 and possible jail time.

However, some say the new policy is not enough. In a statement in October, the Association of Professional Flight Attendants called on the FAA and the Department of Transportation to implement a central registry of sorts so that all U.S. airlines could ban rowdy passengers.

“We need to keep pushing,” the association said at the time. “We need more police in airports, increased fines for egregious behavior, and stronger, enforceable criminal penalties.”