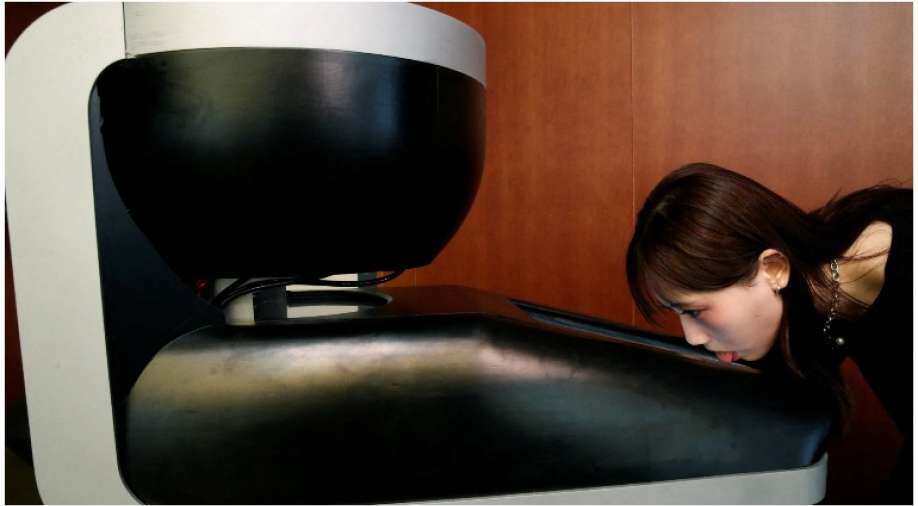 Student of Meiji University licks a screen of Taste the TV (TTTV), a prototype lickable TV screen that can imitate the flavours of various foods, during its demonstration at the university in Tokyo, Japan, December 22, 2021 Photograph:( Reuters )

A prototype of this lickable TV has been made after efforts of a year. The professor says that commercial version can be made in under 1000 dollars

There are bizarre bizarre things in this world that make us go 'hmm' just to sound polite while our heads burst with genuine questions as to which thought sparked idea behind a particular invention. If lickable TV does not fall in this category according to you then just maybe your inquisitive nature needs a boost.

A Japanese professor has actually created a lickable TV screen. This TV screen can imitate flavours of food and is being touted as another step towards a 'multi sensory' viewing experience. Hmm!

The device is called Taste the TV (TTTV). It uses a carousel of 10 flavour canisters that spray in combination to create the taste of a particular food. The flavour sample then rolls on hygienic film over a flat TV screen for the viewer to try.

The intent behind developing lickable screen is noble.

Meiji University professor Homei Miyashita says that this kind of technology can enhance the way people connect and interact with the outside world in the era of pandemic.

"The goal is to make it possible for people to have the experience of something like eating at a restaurant on the other side of the world, even while staying at home," he said. 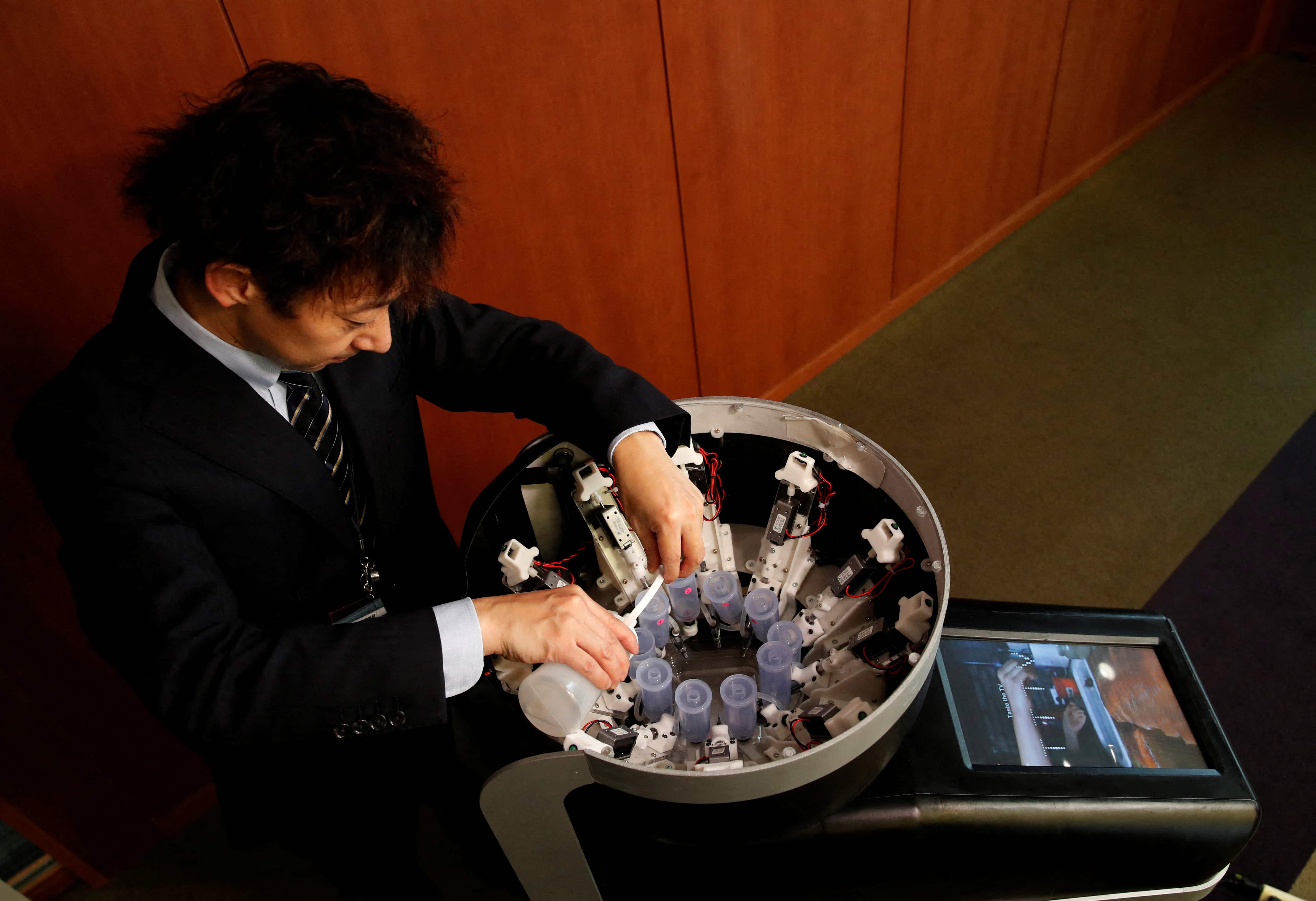 (The professor can be seen filling flavour canisters, Reuters image)

Professor Miyashita worked with team of about 30 students. The team has made a number of flavour-related devices. These include fork that makes food taste richer. Professor has made a prototype himself and says that commercial version would cost about $875 to make.

So who are the potential applicant who would show special interest in such a device?

The professor says sommeliers and cooks who are learning through distance education would make part of the customer base, so would be the people who want to organise tasting games and quizzes.

He also hopes to make a platform where tastes from around the world can be downloaded and enjoyed by users, much like music is now.

One Meiji student demonstrated TTTV for reporters, telling the screen she wanted to taste sweet chocolate. After a few tries, an automated voice repeated the order and flavour jets spritzed a sample onto a plastic sheet.