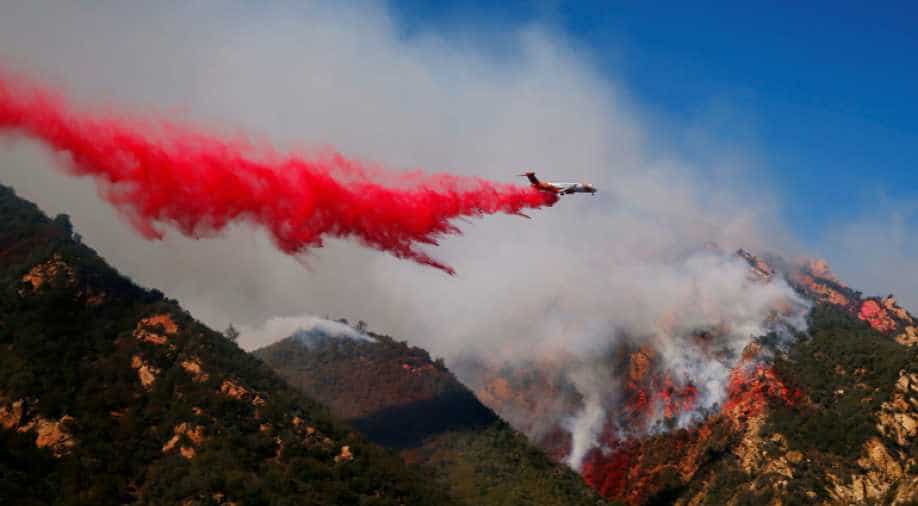 On the ground, cars caught in the flames have been reduced to scorched metal skeletons

Thousands of firefighters spent the fifth day Monday digging battle lines to contain California's worst ever wildfire as the wind-whipped flames cleaved a merciless path through the state's northern hills, leaving death and devastation in their wake.

A devastating blaze in northern California has become the deadliest wildfire in the history of the state, with 42 people killed, a sheriff said on Monday.

"As of today, an additional 13 human remains have been recovered, which brings the total number to 42," Sheriff Kory Honea told a news conference.

As well as the historic loss of life, the blaze is also more destructive than any other on record, having razed 6,500 homes in the town of Paradise, effectively wiping it off the map.

Some 4,500 firefighters from as far as Washington and Texas have been working to halt the advance of the inferno as "mass casualty" search teams backed by anthropologists and a DNA lab pick through the charred ruins to identify remains -- sometimes reduced to no more than shards of bone.

On the ground, cars caught in the flames have been reduced to scorched metal skeletons, while piles of debris smoulder where houses once stood, an occasional brick wall or chimney remaining.

The Camp Fire has matched the 1933 Griffith Park disaster in Los Angeles -- until now the single deadliest wildfire on record -- according to the California Department of Forestry and Fire Protection (Cal Fire).

Police say 228 people are unaccounted for in the Paradise area, although many may be among the 1,400 in emergency shelters outside of the danger zone.

Singer Miley Cyrus's home was one of the buildings destroyed in southern California.

"Completely devestated (sic) by the fires affecting my community. I am one of the lucky ones. My animals and LOVE OF MY LIFE made it out safely & that's all that matters right now," she tweeted.

Liam and his brother Luke were spotted helping out the Malibu communities after the wildfire even after it took Liam’s home. I love this so much! Miley and Liam have the most caring souls on the planet! The Hemsworth brothers are great! Miley’s still overseas
•
📸 @liamgalehems pic.twitter.com/FkVrgIfj65

"My house no longer stands but the memories shared with family & friends stand strong," she said.