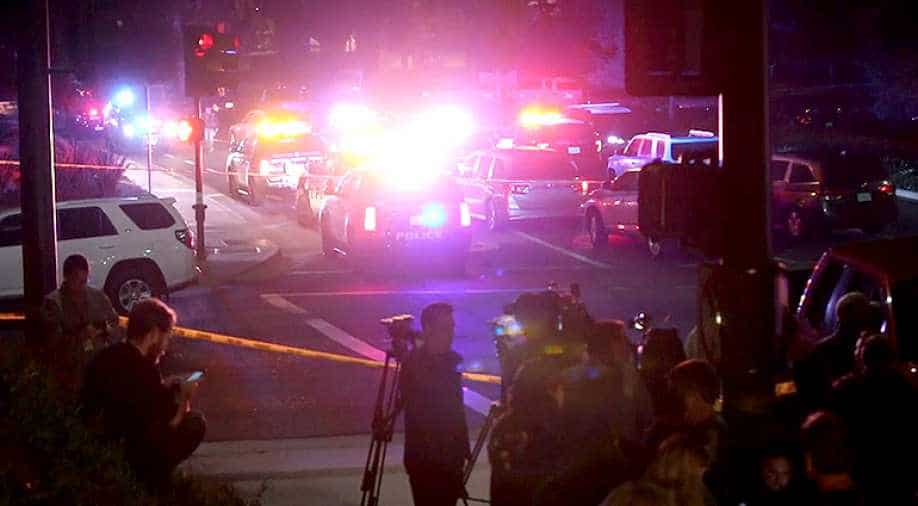 Ian David Long, who also died in the attack late Thursday, was 28 years old and lived in Newbury Park, a prosperous suburb of Californian bungalows and tidy front lawns, about 4 miles (6.4 km) from the Borderline Bar & Grill where the shooting took place.

The man suspected of killing 12 people in a bar in a Los Angeles suburb was a decorated Marine Corp machine gunner deployed in Afghanistan who had several prior brushes with law enforcement, police and Marine officials said on Thursday.

Ian David Long, who also died in the attack late Thursday, was 28 years old and lived in Newbury Park, a prosperous suburb of Californian bungalows and tidy front lawns, about 4 miles (6.4 km) from the Borderline Bar & Grill where the shooting took place.

Long joined the Marines in 2008 and rose to the rank of corporal before leaving active service in 2013, Joseph Butterfield, a Marine spokesman, wrote in an email.

He served in the war in Afghanistan for seven months beginning in late 2010, the Marine Corp said, and was awarded multiple ribbons, commendations and medals.

It was not immediately clear what Long did after leaving active duty.

At a news conference on Thursday, Sheriff Geoff Dean said police had responded to a minor disturbance call at Long's house in April.

"He was somewhat irate, acting a little irrationally," Dean said. The police called in a team of mental health specialists who decided that Long did not qualify to be involuntarily detained for mental health evaluation under state law.

A neighbour, who would only identify himself by his last name, Hanson, said Long lived with his mother.

"I mind my own business and they did theirs too," he said in a brief telephone interview. A woman in the background added: "He was kind of a loner."

Other neighbours said they did not recognize the suspect's name, adding that his mother would wave as she drove by as they watered their lawn.

An American flag hung on the garage at Long's home on Thursday as law enforcement gathered outside. A red pickup truck was parked in the driveway.

According to public records, Long appeared to be the grandson of H Daryl Foley, a former US Navy commander who spent 30 years in the service and died in 2010, according to a published obituary.

Long's mother, Colleen Long, has worked for more than eight years as an analyst for Dole Food Co, according to her social media profiles.