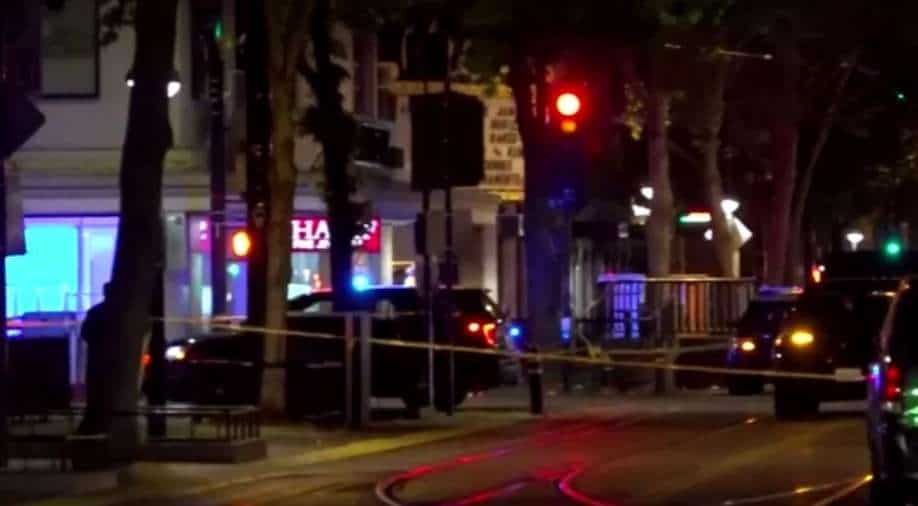 At least six people died and at least nine were injured in a shooting in Sacramento, California, on Sunday (April 3). Photograph:( Reuters )

Police have confirmed that at least six people were killed and nine more wounded in a shooting in the California state capital of Sacramento on Sunday (April 3).

Sacramento police released a statement on Twitter and informed: "Officers located at least 15 shooting victims, including 6 who are deceased."

As per the police, several blocks of a commercial stretch of the downtown area were closed as they were investigating the area where the incident took place.

Officers located at least 15 shooting victims, including 6 who are deceased. There will be a media staging area at 9th St/K St. Continue to follow this thread for updates. #kstreetshooting #sacramentopolice #sacpd

Kathy Lester, who is the Sacramento Police Chief, said at a news conference that police heard gunfire when they were patrolling the area around 2 am (local time).

Lester added that when the police arrived at the scene, they found at least six people dead and a large crowd had gathered on the street.

Lester said, "About two o'clock in the morning last this morning, our officers were in the area here at 10th and K and they heard shots being fired. They responded to our scene behind me and located a large crowd. They found that multiple people, unfortunately, had been shot and this is a really tragic situation."

"So, we now have confirmed that we had six people killed in the area of 10th and K, an additional 10 people were transported or self transported to area hospitals. So, we are asking for the public's help in helping us to identify the suspects in this and provide any information that you can to help us solve this," she added.

Videos of the incident were posted on social media forums in which people can be seen and heard shouting and running in the street. However, the footage can't be verified independently by WION.

Another angle of the aftermath of the Sacramento mass shooting - initial reports as many as 50 rounds fired pic.twitter.com/Xm579uHEJy