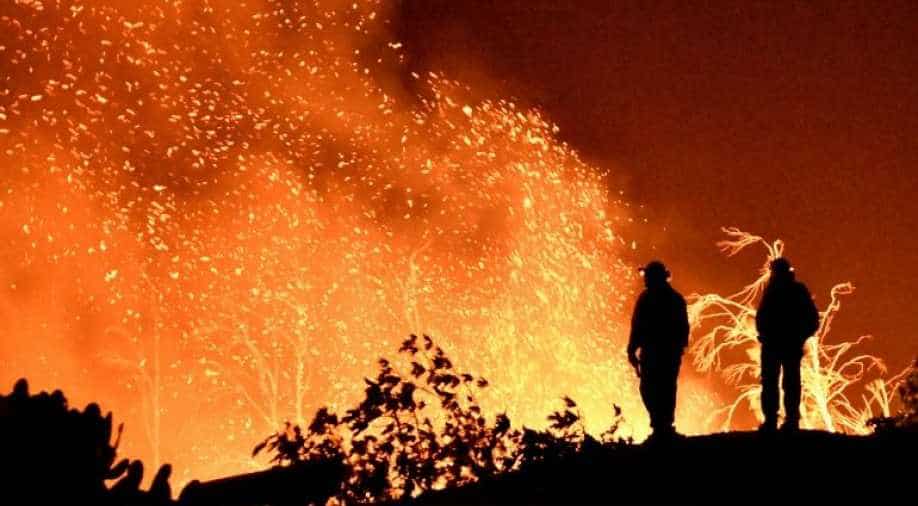 State Senator Bill Dodd, a Democrat who co-authored the legislation, said he expects Newsom will approve the bill soon

California lawmakers approved legislation on Thursday to create a $21 billion fund to help utilities in the state pay for claims arising from future wildfires sparked by their equipment, tackling a top issue for the state.

The approval came after power provider PG&E Corp filed for bankruptcy in anticipation of more than $30 billion in wildfire liabilities.

The legislation now goes to Governor Gavin Newsom. The governor in June proposed California set up such a fund after S&P Global Ratings warned it could lower its ratings on the state's two other major investor-owned power providers, Edison International's Southern California Edison and Sempra Energy's San Diego Gas & Electric, to below investment-grade on or about July 12.

S&P called for California's leaders to take "concrete actions" to reduce credit risks posed by wildfires to the state's utilities, which are under intense scrutiny after two years of brutal wildfires blamed on San Francisco-based PG&E's equipment.

Newsom in a statement cheered the bill approved by lawmakers, calling it a "decisive action."

"Strengthening our state's wildfire prevention, preparedness and mitigation efforts will continue to be a top priority for my administration and our work with the legislature," the Democratic governor added.

State Senator Bill Dodd, a Democrat who co-authored the legislation, said he expects Newsom will approve the bill soon.

"All that's left is the governor's signature," Dodd said.

The legislation allows California investor-owned utilities access to the fund if they agree to put a combined $5 billion toward improvements in their electrical grids, Dodd said.

The utilities and their ratepayers would evenly split the cost of supporting the fund. Payments from ratepayers will come from a 15-year extension of an existing rate increase and PG&E would make the lion's share of payments into the fund among the power providers after emerging from bankruptcy, Dodd said.

"For PG&E to access this fund, they have to exit bankruptcy within a year," Dodd said.

PG&E will also have to compensate victims of wildfires in 2017 and 2018 caused by its equipment, Dodd said.

PG&E filed for Chapter 11 bankruptcy protection in January to reorganize its finances to help pay expected claims from the 2017 and 2018 blazes, including November's Camp Fire. That blaze killed more than 80 people and levelled the town of Paradise in the deadliest and most destructive wildfire of California's modern history.

California is now bracing for fire season, with PG&E working on a plan to remove 375,000 trees around its power lines in areas at high risk of wildfires this year.

PG&E also aims to speed up equipment repairs and safety inspections and shut power lines if high temperatures and winds contribute to risks of wildfires.