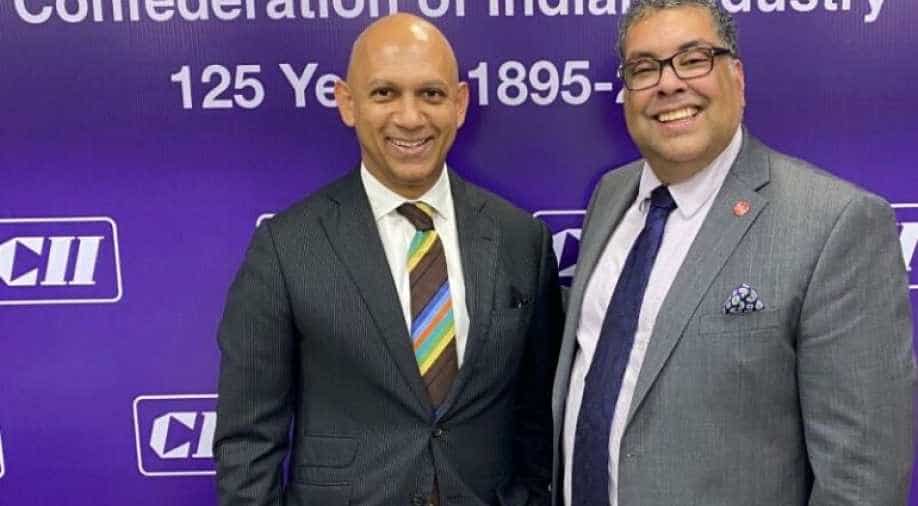 Calgary is third largest city of Canada and one in 10 people in the city are of south Asian descent.

Calgary's south Asian origin mayor Naheed Kurban Nenshi has said Canada is "defiantly open" at a time of global backlash on the free movement of people and trade.

Calgary's Indian origin mayor Naheed Kurban Nenshi said, "What is critical about the success of Canada is that in a world which is increasingly defined about the closure, closed borders, close heart, closed minds the Canadian mindset is we are defiantly open, open to people, open to best ideas."

"I always brag the H1B visa in the US is impossible to get but equivalent visa in Canada can be processed in 10 days, we continue to be open to people from around the world particularly people from the subcontinent," she added.

Calgary is third largest city of Canada and one in 10 people in the city are of south Asian descent.

Asked about his Indian origin, Nenshi said, "my family is part of the great Indian diaspora, we are Kutchi Gujarati my story is an interesting one, my family came from Tanzania to Canada but what is extraordinary is how ordinary it is. People of South Asian origin are a great leader in Canada in business, in govt, in NGO and are well integrated in the community."

Adding, "Butter chicken is the single most eaten dish in Canada.Now is the time to strengthen link between NRIs in Canada and great opportunities here".

Hoping to build stronger ties between his city and India, he said "We are very excited about building stronger links between India and Canada generally and particularly Calgary, build on existing business and family links".