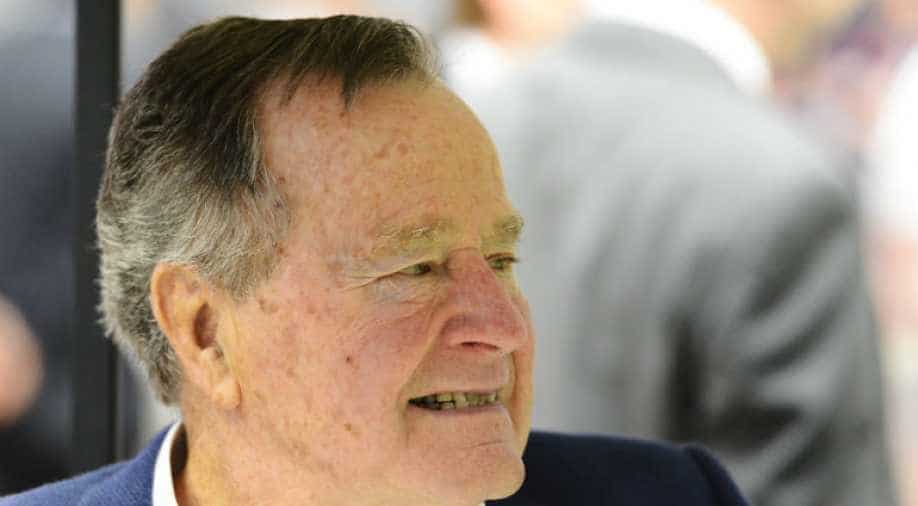 Former US President George H W Bush apologised Monday to a woman who accused him of groping her during a photo session in 2003, when she was only 16 years old and the chief executive was 79.

The former president's spokesman, Jim McGrath, said in a statement sent to US media that Bush senior "simply does not have it in his heart to knowingly cause anyone distress," a statement very similar to the one used the first time he was accused of such behaviour.

"He again apologises to anyone he offended during a photo op," McGrath added.

The woman making the accusation, Roslyn Corrigan, said in an interview published in Time magazine this Monday that her initial reaction to the groping was "absolute horror."

"I was really, really confused," she said.

The incident occurred when Corrigan and her mother, Sari Young, were posing for an official photo, each on opposite sides of the elder Bush, who supposedly used the moment to touch the teenager's buttocks.

The incident occurred , according to Corrigan, in November 2003 during an event held at the offices of the Central Intelligence Agency (CIA) in Texas where the girl went with her father, who was an intelligence analyst.

During the interview, Corrigan asked, "What does a teenager say to the ex-president of the United States? Like, 'Hey dude, you shouldn't have touched me like that?'"

According to the article, up to seven people, including family members and friends, have told the magazine that Corrigan told them what happened at the time.

With the case reported Monday there are now six accusations of sexual harassment reported against the former US president since last October 24, when American actress Heather Lind said he touched her inappropriately while telling her a "dirty joke" during a promotional tour of her TV series.

After that first accusation, the former president's spokesman said in a statement that the politician, 93, "would never - under any circumstance - intentionally cause anyone distress," but added that Bush senior "most sincerely apologises if his attempt at humour offended Ms. Lind."