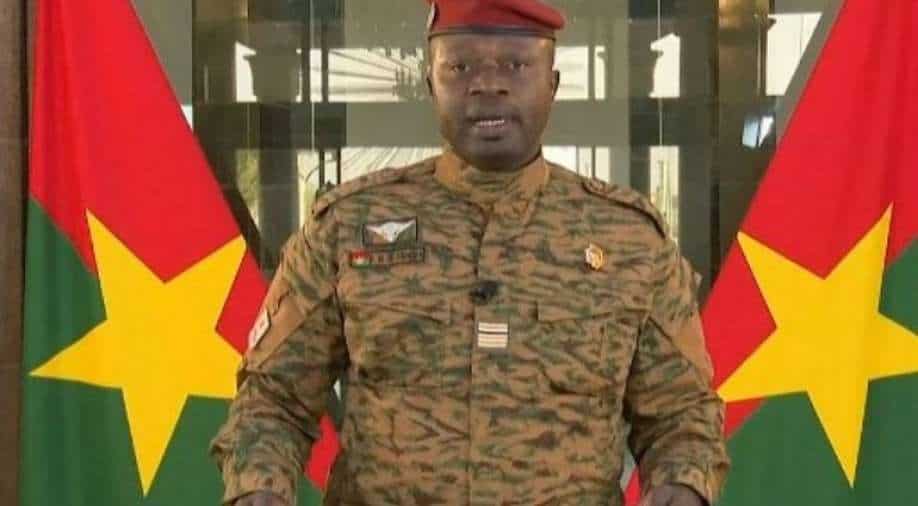 Last week, the Constitutional Council formally determined that Damiba was president, head of state and supreme commander of the armed forces

In a televised ceremony, Damiba swore an oath before the country's top constitutional body to "preserve, respect, uphold and defend the Constitution", the nation's laws and a "fundamental act" of key decisions approved by the junta.

Damiba was dressed in camouflage uniform and a red beret, and wore a sash in the colours of Burkina's national flag.

The press, but no foreign representatives, attended the ceremony in a small room at the offices of the Constitutional Council.

On January 24, Damiba, 41, led disgruntled officers to force out Kabore following public anger over his handling of a bloody jihadist insurgency.

Last week, the Constitutional Council formally determined that Damiba was president, head of state and supreme commander of the armed forces.

The move confirmed an announcement by the junta on January 31 that Damiba would be appointed to those roles for a transitional period, and be assisted by two vice presidents.

The junta suspended the constitution immediately on taking power on January 24, but later reversed this in the face of pressure from neighbours in West Africa demanding a return to civilian rule.

The military authorities have promised to re-establish "constitutional order" within a "reasonable time" but the issue of a date for elections remains unsettled.

On February 5, the junta announced that a 15-member commission will be tasked with "drawing up a draft charter and agenda, together with a proposal for the duration of the transition period".

Burkina Faso is one of the world's poorest countries and one of the most volatile in Africa.

Watch | Burkina Faso gets an interim president, constitution restored after a week

The landlocked Sahel state has experienced repeated coups since gaining independence from France in 1960, and is battling a brutal jihadist insurgency.

More than 2,000 people have died, according to an AFP tally, while the country's emergencies agency says more than 1.5 million people have fled their homes.