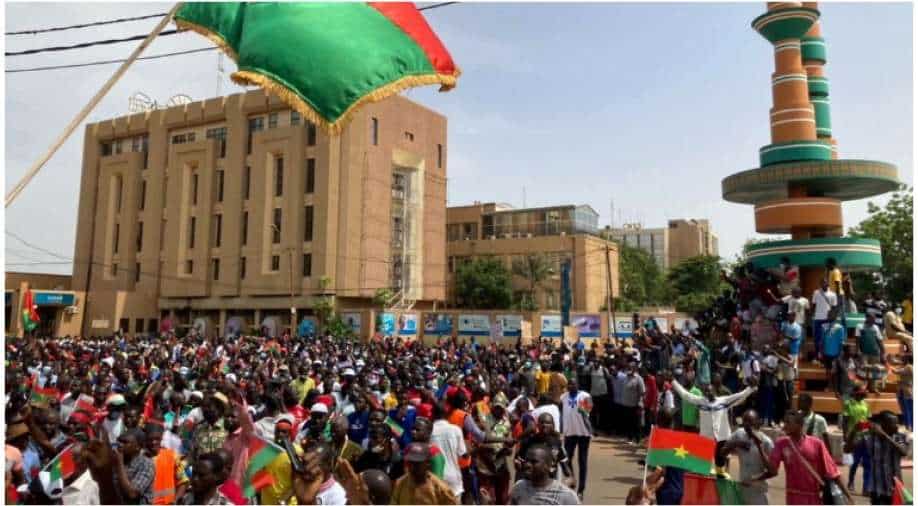 Opposition parties supporters attend a protest to denounce the government's handling of the security situation following attacks by Islamist militants that have killed scores in the past weeks In Ouagadougou, Burkina Faso July 3, 2021. Photograph:( Reuters )

Diplomats in Burkina Faso on Friday said they would help the junta that seized power last month restore security to the jihadist-wracked country, the Chinese ambassador announced on their behalf.

The junta's leader Paul-Henri Sandaogo Damiba has in the past week been in talks with international organisations and donors after ousting president Roch Marc Christian Kabore on January 24.

Kabore's toppling came after public anger over his handling of a jihadist insurgency in the impoverished country that has claimed more than 2,000 lives and displaced 1.5 million since 2015.

Chinese ambassador Li Jian said after the meeting that those who attended would contribute to restoring security in the country.

"We will make our contribution, we will walk together in a spirit of solidarity and brotherhood so that (Burkina Faso) can restore peace and security as soon as possible," he said, without providing more details.

Mali is also ruled by a military junta following two coups since August 2020 and battling jihadists on its soil.

France has around 4,000 troops deployed across West Africa's Sahel region to fight the jihadists.