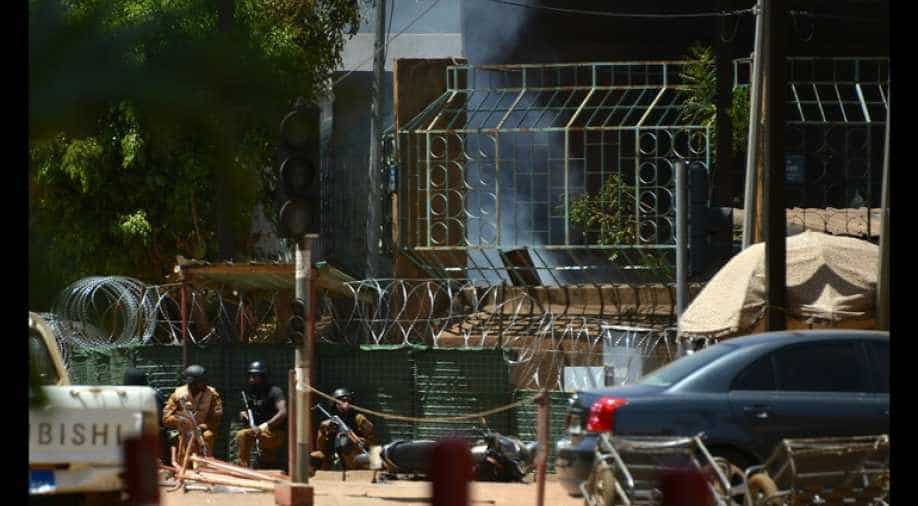 A suspected key figure in the deadly Burkina Faso attacks has been arrested, a government source said Sunday.

Saying the person held could be "one of the brains" behind Friday's attacks, the source said that there were "very strong suspicions" that "army infiltrators" had passed information to the assailants for the coordinated attacks in the capital claimed by GSIM, a jihadist group allied to al-Qaeda.

Sunday saw further unrest when one person was shot dead after three people attempted to storm a roadblock in the early hours near the presidential compound, a government source told AFP.

Two of the trio managed to flee the scene but the third was arrested and gunned down after attempting to seize the weapon of a guard, the source said.

The suspect in custody was arrested several hours after Friday's twin attacks on the French embassy and the country's military Head Quarter in the capital Ouagadougou saw seven soldiers killed, the source.

That was a new toll after eight had been declared dead.

The source added that nine assailants were killed, one more than previously reported. At least 80 people were injured.

The government has said the attack on the military HQ was a suicide car bombing and that a regional anti-terrorism meeting may have been the intended target.

GSIM, which has admitted responsibility for previous attacks in the troubled Sahel region, claimed to have carried out the twin attacks, in a message cited by Mauritania`s Al-Akhbar news agency.

The group said the Ouagadougou attacks were a response to the deaths of some of its leaders "in a French army raid in northern Mali two weeks ago," the agency reported.

According to French military sources, some 20 jihadists were "killed or captured" on that occasion.