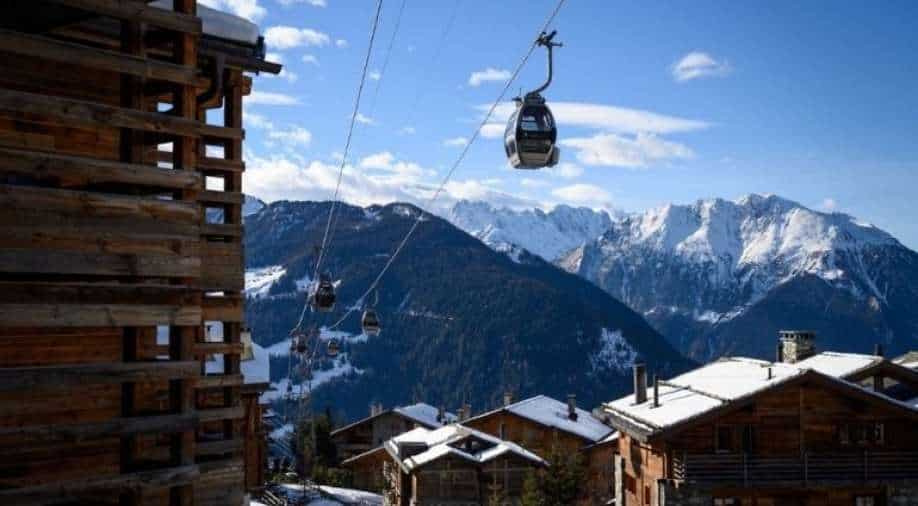 Hundreds of tourists from Britain who were forced to quarantine in the Swiss ski resort of Verbier fled overnight in a bid to avoid being isolated during their holidays, as reported by the local municipality

Hundreds of tourists from Britain who were forced to quarantine in the Swiss ski resort of Verbier fled overnight in a bid to avoid being isolated during their holidays, as reported by the local municipality.

Over 200 tourists out of the 420 fled the luxury ski station in the Alpines, as reported by the SonntagsZeitung newspaper.

British tourists were headed to ski resorts in Switzerland, but due to a ban on flights owing to the new strain of COVID-19 in England, those plans were put on hold.

Anyone who arrived in Switzerland from Britain after December 14 is expected to undergo a 10-day quarantine, a move triggered by the discovery of the new coronavirus variant, which is more contagious than the original strain.

Many tourists stayed under quarantine for a day before fleeing the resort after dark. A few left immediately, while some decided to stay on for a bit before quitting.

"Many of them stayed in quarantine for a day before they set off unnoticed under the cover of darkness," Jean-Marc Sandoz, spokesperson for the Bagnes municipality told SZ.
Sandoz referred to the situation as the "worst week our community has ever experienced''.
In terms of Verbier's clientele, British tourists make up 21 per cent, with many usually arriving after Christmas.

Verbier was voted Switzerland's best ski resort for the last two years, and markets itself as a resort which offers "adrenaline-packed thrills, simple pleasures and a chic lifestyle".

The tourist office at Verbier has been conducting daily crisis meetings to deal with the threat of COVID-19, and its modifications.

Scientists say the variant is about 40%-70% more transmissible than the original strain. Several other countries, including Australia, Italy and the Netherlands say they detected cases of the new strain. Scientists say there is no evidence that vaccines currently being deployed - including one made by Pfizer and BioNtech - or other COVID-19 shots in development will not protect against this variant.