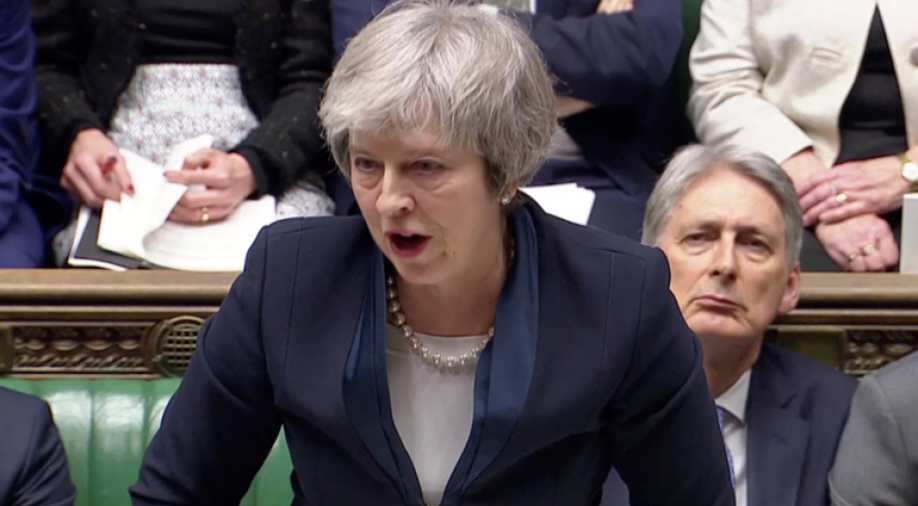 May said there is no majority for a second referendum.

After losing the Brexit vote in Parliament last week, British PM Theresa May presented "Plan B" on Brexit asserting that the government would be seeking inputs from outside the government.

The British prime minister said in the House of Commons that following last week's vote it was clear that the government's approach on Brexit had to change.

"So when people say 'Rule out no-deal', the consequences of what they are actually saying are that, if we in Parliament can't approve a deal, we should revoke Article 50. I believe this would go against the referendum result," May said.

"Our duty is to deliver on the Brexit referendum," the British prime minister said.

The British prime minister insisted that she would try to break the deadlock over her Brexit deal by seeking further concessions from the European Union on a backup plan to avoid a hard border in Ireland.

"There is widespread concern over no Brexit deal," she told Britain's lower house of Parliament.

"We will work with all negotiators to make this plan work," May said adding that the government will engage with civil society and trade unions on a new plan for Brexit.

Britain is chasing the March 29 deadline to step out of the EU, however, the government has failed to convince Parliament on the main tenets of the deal leading to a deadlock raising fears of a no-deal Brexit.

"I will then take the conclusions of those discussions back to the EU," May said. "My focus continues to be on what is needed to secure the support of this House in favour of a Brexit deal with the EU."

"With regard to the backstop, despite the changes we have previously agreed, there remain two core issues: the fear that we could be trapped in it permanently; and concerns over its potential impact on our Union if Northern Ireland is treated differently from the rest of the UK."

"So I will be talking further this week to colleagues - including in the DUP - to consider how we might meet our obligations to the people of Northern Ireland and Ireland in a way that can command the greatest possible support in the House," she said.