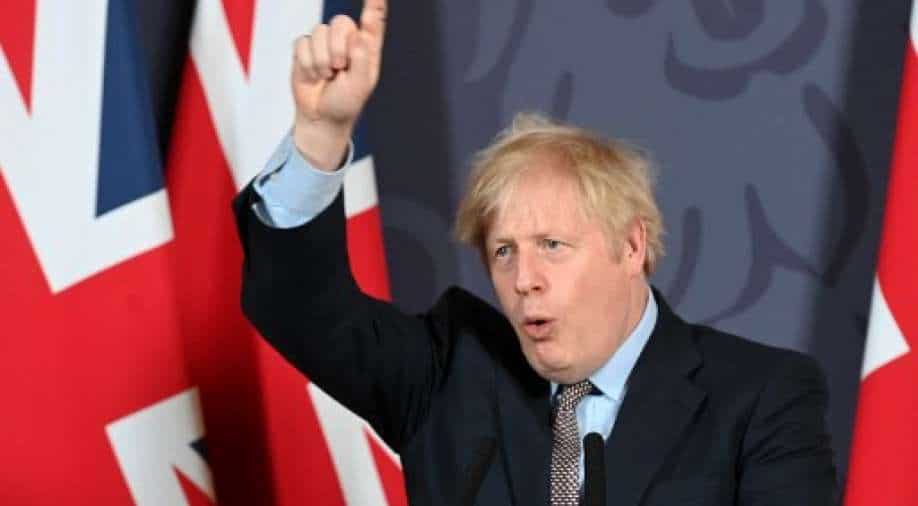 The vote on the legislation to enact the trade agreement was passed by 521 to 73 votes in parliament's lower house. It now passes to the upper house for approval later on Wednesday, before becoming law around midnight

British members of parliament overwhelmingly backed a post-Brexit trade deal with the European Union in the House of Commons on Wednesday.

The vote on the legislation to enact the trade agreement was passed by 521 to 73 votes in parliament's lower house. It now passes to the upper house for approval later on Wednesday, before becoming law around midnight.

Introducing the legislation to ratify it, British Prime Minister Boris Johnson told lawmakers it heralded "a new relationship between Britain and the EU as sovereign equals, joined by friendship, commerce, history, interests, and values.

"With this bill we are going to be a friendly neighbour, the best friend and ally the EU could have," Johnson said.

Meanwhile, EU leaders signed their post-Brexit trade deal with Britain and dispatched it to London on an RAF jet Wednesday, setting their seal on a drawn-out divorce just hours before the UK brings its half-century European experiment to an end.

The last-ditch deal averted the prospect of a cliff-edge separation which would have seen quotas and tariffs slapped on all cross-Channel trade, exacerbating strains in the middle of the coronavirus pandemic, which has hit Britain harder than most.

The agreement's impact will play out in the coming months, with UK businesses braced for customs red tape they have avoided for decades in cross-Channel trade.

Meanwhile from January 1, there will no longer be free movement of people from Britain to the EU or vice versa.

Under the compressed legislative calendar, the European Parliament will debate the Brexit deal after the New Year, but they are expected to eventually nod it through.

Pending that, EU member states gave their green light on Monday for the accord to take provisional effect before Thursday's deadline.

How people's genes might make them more susceptible to Omicron?