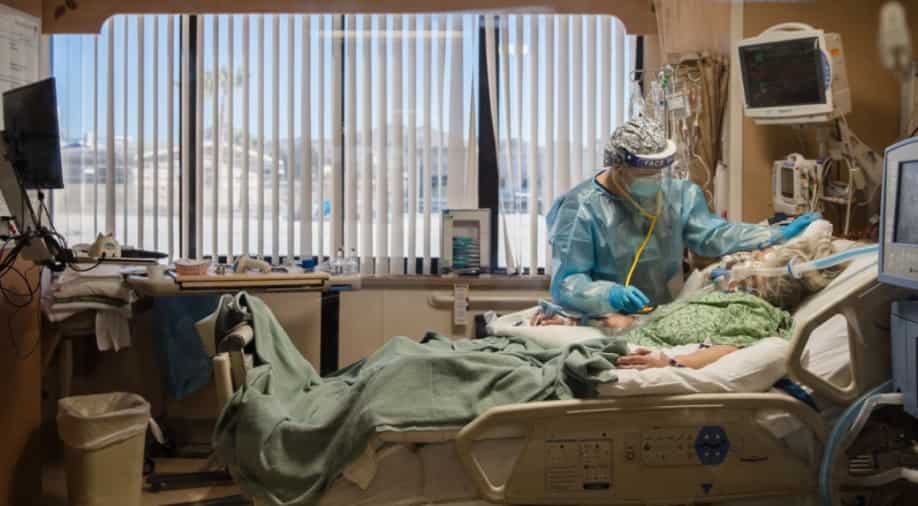 In this file photo, a registered nurse tends to a patient in the Intensive Care Unit at St Mary’s Hospital Photograph:( AFP )

With most infected people recovering within a few weeks, monkeypox is similar to human smallpox

British health authorities had linked the previous case of the viral infection, reported on May 7, to travel to West African country Nigeria.

According to Colin Brown, director of clinical and emerging infections at UKHSA, "It is important to emphasise that monkeypox does not spread easily between people and the overall risk to the general public is very low."

With most infected people recovering within a few weeks, monkeypox is similar to human smallpox, which was eradicated in 1980.

Although monkeypox is much milder than smallpox, in rare cases it can be fatal. Its initial symptoms include fever, headache, muscle aches, backache, swollen lymph nodes, chills, and exhaustion.

A rash can develop, often beginning on the face, then spreading to other parts of the body, particularly the hands and feet.

The rash changes and goes through different stages before finally forming a scab, which later falls off.

''We are caring for a patient in our specialist high consequence infectious diseases unit at St Mary’s Hospital. All of the necessary infectious control procedures have been followed and we are working closely with UKHSA and NHS England,'' said Professor Julian Redhead, medical director at Imperial College Healthcare NHS Trust.

''We are contacting any potential close contacts of the case. We are also working with the NHS to reach any healthcare contacts who have had close contact with the cases prior to confirmation of their infection, to assess them as necessary and provide advice,'' Brown said.